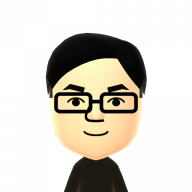 Location
Where the buffalo roam.

When Nintendo first released the Switch Online app, it was horrible. Only one game was supported, and voice chat was only in Friend Matches (IIRC correct me if I'm wrong). Voice chat would end as soon as you left the app or your phone screen turned off. There were no friend features either. And the app was a total bug-filled glitchy mess. In other words, the only things you could do were: 1) voice chat in Splatoon 2) buy Splatoon gear. That was it. However, this was all (kind of) excusable because the app had just released, plus this was before their online service released, so it was like a beta. One month later Nintendo updated their app so voice chat would continue in the background, so it became somewhat practical. Fast forward 13 months and the Switch Online service is on the eve of release, but the app is left unchanged. You would think that Nintendo was working all this time building in the Friend features and debugging its app further, and maybe even stats while we're at it, and would update the app along with the release of their service, but of course this is Nintendo. They add voice chat support for 4 more games, one being the NES Switch app which came along with your subscription, followed by Mario Kart, Mario Tennis, and ARMS, but they also add something else, a price tag. Otherwise, its the same pointless bug-filled app from 13 months ago with some more first party games and it costs $20 bucks a month. I decided to test it out with Mario Kart yesterday, and this is exactly how it went down: I start a worldwide race, and in seconds it returns an error. I try once more, same thing. Finally I try a third time and it works. I enter the lobby and see the players flood the lobby but there's no response from my iPhone's side. I thought "hey maybe it starts when the race starts" but of course I was wrong. I play the entire match without anything happening, mind you I was reloading several times before and throughout the match. I decide to try again. I join a match and finally I hear my phone vibrate and a nice jingle plays. It asks me if I want to join the chat session, and I obviously say yes. Of course, this was not the end of my trouble: There was no one but me in the chat. I wasn't sure if this was an issue with Nintendo's voice chat servers, or that no one uses the app at all. I give Big N the benefit of the doubt and play through the match. But I wasn't leaving until I successfully chatted during a MK8 race* or died trying. I finally get back to the lobby, and I hear some noise. I look over to see two other racers had joined the chat and attempt contact with them. Of course there is nothing but static from both their ends with a little humming and 30 seconds later they both disappear. This means that the system's voice chat works, and there was another reason that I did not get to chat, and the truth hit me like a freight train. Or did it? Let's do the math together: Off-console voice chat + bugged system + featureless app = no one will waste the space on their phone and the time on their hands trying to use a broken voice chat system that no one uses anyway. Nintendo, you really screwed up with this app.

*Mario Kart 8 on the Wii U supported on-console voice chat in Friend matches but only while in the lobby, as soon as the game started communication ended
Last edited by aykay55, Sep 23, 2018
Reactions: TheMCNerd2017 and Garblant

I've just installed the app from Play store and I didn't have to pay anything. It's actually not possible for a developer to change a free app to a paid one in Google Play store.
R

Funny but the app does next to nothing useful without a Switch Online subscription now.

I really think Nintendo could be making a good case for smartphone integration if the implementation wasn't complete balls. No backgrounding is just a complete joke.
Reactions: aykay55

Pleng said:
I've just installed the app from Play store and I didn't have to pay anything. It's actually not possible for a developer to change a free app to a paid one in Google Play store.
Click to expand...

I think he meant the Switch Online subscription.
But, you're only partially right. It is possible to change a free app into a paid one, but once you "own" the app (in other words you've downloaded it at some point in the past) you own it forever, even if they start charging for it. Which is why you sometimes see devs create a new Play Store entry instead of updating the existing app to get around this.

Well if he's talking about the subscription then both the title and the contents of the message are misleading. But he's using an iPhone so maybe it's different on iOS

And you're wrong, I'm afraid. You can change a paid app to become free, but you cannot go the other way; you can't convert a free app into a paid app.

Location
Where the buffalo roam.

Pleng said:
Well if he's talking about the subscription then both the title and the contents of the message are misleading. But he's using an iPhone so maybe it's different on iOS

And you're wrong, I'm afraid. You can change a paid app to become free, but you cannot go the other way; you can't convert a free app into a paid app.
Click to expand...

Yeah I meant the subscription, it is also free on iOS, but the app is next to unusable without one, the title wasn't misleading because you're still paying to have access to the app.

The title is extremely misleading, and I think you knew that when you wrote it.

Anyway I agree that the app is a heap of junk. I've not actually used it for anything but just looking through it it looks like it was done by an inept college student

ROM Hack Question Got a new switch, worried it'll get banned from having my old modified save on it

W
Hacking Can you play local multiplayer with modded switch?