The Sonic Triple Trouble 16-bit fan remake has been released 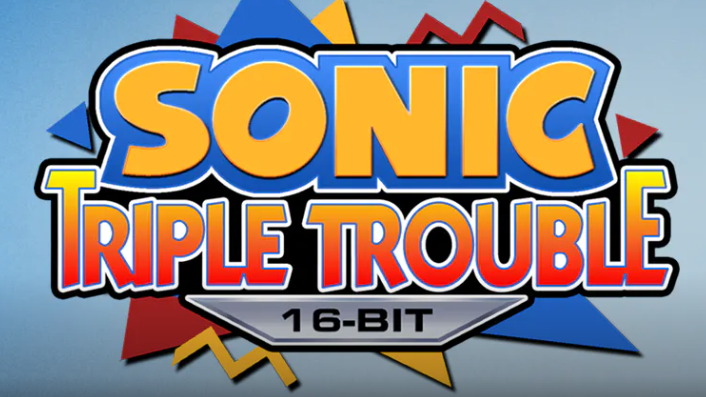 Sonic Origins may have collected the Blue Blur's initial SEGA Genesis outings, but there are plenty of other classic Sonic games out there. One of which is Sonic The Hedgehog: Triple Trouble, a 1994 title for the SEGA Game Gear, which was included in a handful of compilations and on the Nintendo 3DS Virtual Console in 2012. Triple Trouble featured the first appearance of Nack the Weasel, and had boss fights with Knuckles and Metal Sonic. Though it was received moderately at best at the time of its release, the game has a cult following among Sonic fans.

Which was how Noah Copeland's 16-bit remake of Sonic Triple Trouble came to be. Originally announced as a fan project five years ago, Copeland wanted to take the base of a game "limited by the Game Gear" and flesh it out. Along the way, he recruited artists, and even began remaking and remixing the original tracks in CD quality. Now, his efforts are finally complete, resulting in the release of the game on GameJolt.

The Triple Trouble fan remake isn't a 1:1 re-creation of the title, rather it adds small visual details and gameplay changes, ranging from being able to switch between Sonic and Tails on the fly, having a playable Super Sonic, or even animating in Tails' fear of lightning from the Sonic OVA.

I saw it occasionally mentioned online, but it's cool that this has been added to the pile of fan projects that actually got finished. I always tune out of Triple Trouble after the first zone because of the lag, but this may just be what I need!
Reactions: Subtle Demise

They really do, especially the 3D ones, imo.


This Sonic Robo Blast 2 tool seems freaking awesome. I'd have played these on Saturn/Dreamcast.
Reactions: uzimakiuchiha, Kraken_X, Subtle Demise and 3 others

Let's hope for bunch of ports as well
Reactions: Kopimist, Jayro and Marc_LFD

Only for Windows? Hard pass... I was excited thinking this was a Genesis ROM hack.
Reactions: Lostbhoy, Henx, DerpDingus and 2 others

Chary said:
...the game has a cult following among Sonic fans.​
Click to expand...

...that applies to EVERY Sonic game.
Triple Trouble was the worst of the 8bit Sonic games.
Reactions: 64bitmodels and Cris1997XX

sonic 2 for game gear/sega master system is the worst IMO... still i wonder if there's a sonic chaos fan made game...

DJPlace said:
sonic 2 for game gear/sega master system is the worst IMO... still i wonder if there's a sonic chaos fan made game...
Click to expand...

Sonic Chaos is my favorite 8-bit Sonic game, actually my fave Sonic game of all-time.
Reactions: Something whatever and DJPlace

Agreed. Certainly the best on the Mastersystem... arguably better than some of the Megadrive games and most of the later titles.
Reactions: Cris1997XX, Jayro and DJPlace

I remember the 3d side scroller fan game I think sega shut down then hey ho sega go do a shitty 2.5D side scroller with episode 1.

That sacked balls, then they tried again with generations, and again it sacked balls.
Reactions: Subtle Demise
C

duwen said:
Agreed. Certainly the best on the Mastersystem... arguably better than some of the Megadrive games and most of the later titles.
Click to expand...

Woah woah, don't go overboard now. An 8-bit game can't be better than its bigger brothers. A more enjoyable title than Sonic 1? Certainly, but 2 and 3&K are some of the best Mega Drive games ever
Reactions: AirbusX, Vorde and Subtle Demise

It's also treating itself as a hypothetical direct S3&K sequel, rather than just being it's own thing like the original.
That being said, I already finished the game, and it's surely delightful.
Reactions: 64bitmodels

Cris1997XX said:
An 8-bit game can't be better than its bigger brothers.
Click to expand... 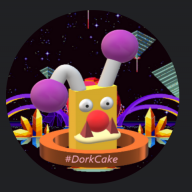 PacBunny said:
We get Sonic Game Gear remakes while Soinc the Hedgehog 2 HD gets cancelled...
Click to expand...


The animation looks so buttery smooth.
Reactions: 6Kyojin4, Cris1997XX, urbanman2004 and 2 others

This is beautiful. Looking at the original and this, the difference is night and day. Very impressive.

Very faithful to the original vision and gameplay, while expanding on every aspect - beautiful visuals and graphics

Most impressive fan game I have seen in a long while
Reactions: 64bitmodels
K

By many accounts it is much more tolerable on the Master System, as though they did not account for the Game Gear's much smaller screen size when designing the game.
Reactions: Subtle Demise

Kwyjor said:
By many accounts it is much more tolerable on the Master System, as though they did not account for the Game Gear's much smaller screen size when designing the game.
Click to expand...

The HD remake of the Sonic SMS games is awesome. I loved it.

I couldn't see myself playing the original version with that one available.

@ KenniesNewName: You know the entire kakarot can't beat out the prince thing but he did 6 minutes ago
Chat 3