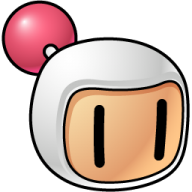 I just re-watched Pokemon The First Movie (Something I haven't seen since I was a wee lad) and I just noticed the following:

1) The dude that had a Pidgeot named it Pidgeotto >_>
2) Jesse and James called Scyther an Alakazam <_<
3) NONE of the music in the credits had ANYTHING AT ALL to do with the movie and sounded like it was about relationships. O_O