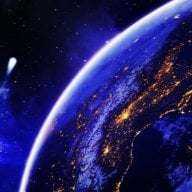 Wolfy said:
I'm sure everyone has gone on YouTube and seen an ad or two over the last couple of months, or seen one of them on your phone through a mobile app that features ads in one way or another. It's honestly hard to watch some of them due to how they are trying to appeal to the newer generation.

Promises of "huge jackpots", "hundreds of summons" and other "special" deals using codes on login and whatnot. Honestly this is more of a rant, but it's just kind of hard to believe that we've entered a world where it's commonplace on apps and video streaming sites.

What I can recall starting it being apps like AFK Arena and the like that would show ads and amazing characters being summoned by using codes have devolved into dozens of random apps that I've never heard of flooding the ad market all claiming to be amazing since you'll unlock so many SSR characters.

Has the new wave of advertisements bothered anyone here as it has me?

Side note: The voice over for that Evony or whatever game being used on two distinct different guys, the lottery games and survival building games, and the anime waifus guy have mostly caused me the most pain, the other ones honestly I could forget about easily.
Click to expand...

There are options to address this concern. I have a lot of useful plugins installed, among them the same AdBlock, which at least until recently worked very well. In general, it still works for me, but I often hear that in some areas advertising is not saved. Why don't you try YouTube Vanced? I know there are no unnecessary commercials, and the working principle is similar to the true YouTube Premium. I also have other useful extensions for YouTube, such as volume up, smart pause, and a playlist calculator which computes the length of a YouTube playlist.

@ KenniesNewName: Ok just because you said so 58 minutes ago
Chat 0