The highs and lows of life

After spending the day pondering the future of my daughter, whether she'll win a Nobel Prize or work in McDonalds, I got to wondering about the highs and lows of life. Our best and worst moments. And being as curious as I am, I thought to ask others to share the experience. So, to kick things off, here's a list of my high and low points, trying to steer clear of the cliches wherever possible, it's obvious that learning I'm going to be a father soon was one of the best so I didn't even list it. So, here we go.

- Discovering that the drinks machine outside the sports hall where I was sitting my GCSE exams had a 'test' button, enabling me to get free ice cold Ribena for every exam. I swear I'd have failed without that little lifeline. I'd swapped schools so many times that passing those tests was pure leap of faith territory. Getting my passing grades on my 16th birthday was pretty epic too.

- The Blitzball tournament of 2003, in which my friends and I hired out the local pool for the entire day, built a couple of hoops and did our best to recreate the sport. Scoring the winner with a passable imitation of a Sphere Shot will go down in infamy. Still got the trophy somewhere.

- Being promoted to First Class at my old cadet squadron and my future fiancee and mother of my daughter giving me a Soldier First Class dogtag to mock me.

The Lows (the more interesting bit)

- My MP3 player malfunctioning at my grandmother's cremation and blasting out Dragonforce's 'Through the fire and the flames' at maximum volume, arguably the worst choice of song for a cremation of a 97 year old who thought music peaked in the 30's, YouTube it if you're not sure why. For a religion that preaches tolerance those priests can sure shoot a guy a mean look...

- Learning that over 50% of the marks in my aforementioned exams were on modules I'd never heard of, much less studied, the inevitable panic that followed, and having to decide which subjects to ditch in favour of more time to study the important ones.

- Being stabbed in the chest was something I could have gotten by without.

Depressions, addictions.
Meh, I live from day till day~ 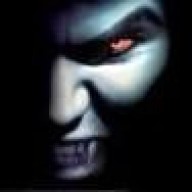 years abusing drugs/alcohol, then getting intoo jail for a few years.

getting to know my girlfriend at rehab, and having a wonderfull kid together.

Never had anything notably bad happen to me (some might say that is because I care about surprisingly little) and life is only getting better as the years drag on so the benchmark for good is not something I bother to note.
L

the lows.
uh. I dont have many of these ._.
Reactions: EZ-Megaman

Being able to work at an internship with foxes (as well as playing with them)
Retaining my Japanese language skills somehow despite not having many chances to use 'em
Learning how to rig 3D models for Super Smash Bros mods
Family and friends live nearby
Having a hacked Wii with Snes games that I grew up playing with my brothers and sisters.

Not doing well academically
Financial situation very tight
Losing my temper/being overly dramatic far too easily on the internet
Fractured one ankle and tore a few ligaments in the other
Tore open my foot on a rust nail resulting in several stitches and a tetanus shot. 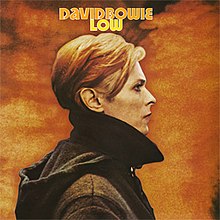 On a serious note, dying multiple times was quite a bummer. The first time was bad enough, but the second and third times were like salt in the wound. Funnily enough, dropping salt into one of the many wounds I had sustained from my first death was the cause of my second death. I won't describe my third death, but let's just say it involved the sweetheart of my life, a lethal case of Irritable Bowel Syndrome, and the first recorded use of the term "shartbroken" in a medical journal.
Reactions: Deleted_171835 and xist

Blaze163 said:
-snipity snip- Being stabbed in the chest was something I could have gotten by without.
Click to expand...


I don't think you've told us this before. 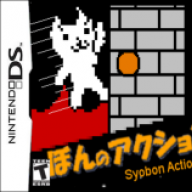 Is it ok to laugh a little bit at the mp3 malfunction? Like, I know it's pretty bad, but it's also pretty funny.

The lows: The years in Middle school and High school filled with depression, self-loathing, and bullying.
Allowing this to go on without seeking help because I was afraid it wouldn't come.
Living in my old small town.

The Highs:
Meeting the greatest guy in my life who helped me through the lows and helped me see a better future.
Moving out of that shitty town that was dragging me down.
Finally finding a job after 5 years of hard work trying to find one.
Meeting more true and honest friends.
Discovering Linux, FreeBSD, and the open-source world.
Finally allowing my life to progress instead of holding myself back with past fears.
Reactions: DinohScene

2ndApex said:
Is it ok to laugh a little bit at the mp3 malfunction? Like, I know it's pretty bad, but it's also pretty funny.
Click to expand...

To be fair gran had a sense of humour. Might not have been her choice of song but I'm sure she'd have appreciated the irony of it all. Hell, we all laughed about it afterwards. My sister pointed out that it may have been a little disrespectful but it was at least a good choice of song. Her words were that I'd 'failed so hard it somehow did a U-turn and became awesome'. 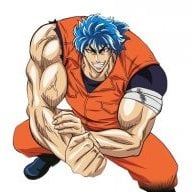 After reading this thread you guys have had some tough times

This thread is depressing.
My life has no highs at all.

The Real Jdbye said:
This thread is depressing.
My life has no highs at all.
Click to expand...

That sucks. Here's some music to cheer you up. 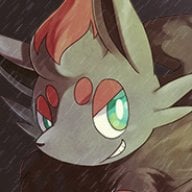 The Real Jdbye said:
This thread is depressing.
My life has no highs at all.
Click to expand... 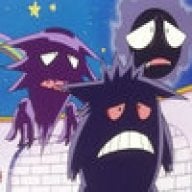 Low: getting rejected from every four year college I applied to even though people that I knew that had lower scores got in.

High: Realizing I'm only 19 and it's not the end of the word.

Highs:
Manage to beat my friend inside a 5-on-5 stock match on Final Destination with no items, I was Mario and he was Fox. That match lasted for a whole hour, I never thought such focus can be that powerful.
Able to get my GBC fixed when the glass screen broke and needed to be shipped to Nintendo HQs.
To get to see my father for the very first time; I was a teen growing up and out of blue I manage to find him walking up to me. Still keep in touch with him.
To be able to join the military when all hope was lose. No job, my mother was kicking me out, and no where to go. Yay for second chances!
To get to change my last name when I couldn't do it before joining the military, it was a lot easier for some reason.

Lows:
Going through middle high school after getting rejected from special school (I was a trouble maker so that's one of the reasons) I was going through depression and that ghetto education facility didn't help me out. Almost committed suicide multiple of times, and almost did it in front of everyone. Worse part was everyone cheering to see me die so yeah...
Getting to be almost homeless, the landlady was a bitch and wanted the family out to make more profit for the roach infested apartment at that time. If it wasn't for my mother's sister, we would have been sleeping inside a shelter.
My older Brother almost killing himself, he was on some weird drug at that time frame and personally it scare me to no end how that drug made him act that way.
Not having any Internet for a good month due to OI cable crappy service and their way of swindling people to pay twice as much as before the installation.

OP: That MP3 player story really cracked me up, gj man (y) Must have been really embarrassing and you'll family never make you forget that.....


Highs: -Getting a new PC from my parents, kickass PC that is still going strong after 5 years (it can run everything I throw at it, still). They funded it all, was for school originally, but of course it's for gaming too.
-Some football moments, mainly cheering for my own favourite team.
-Getting to know some great people, and great friends, in the past 2 years. Amazing bunch of people, great time.
-Just in general having a great athleticism and body, I can literally eat everything, eat as much as I want, and not gain any weight or cholesterol. I can practice all sports at a decent level from the get-go. I'm not that big or small in height, and my teeth/eyes are really well too.

Highs:
Completing my religious book which leads up to anything I want as a gift!
Lows:
My niece is gone back to my sister's in-law's house.

Is it worth dropping -almost- everything to code?

@ Veho: I'm still waiting for my drugs. 2 minutes ago
Chat 2