I hate it when people come asking for help, we offer help, and then... Silence.

Not even a "thank you", or "no go, guys".
No an once of respect for the people that spent time helping him

I hope his Switch is bricked. 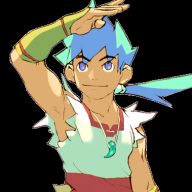 i also have issue with SX OS blackscreen on Boot,
i tried differenct sdcard (a new 128gb sd bought one) and boot SX OS,,it boots ok

mine was fix when formatting the 400 gb sd card,. and putting it back again..dont used the quick format.. try the long format..

CanIHazWarez said:
OP, was your Switch undocked before you first experienced this problem? Your battery was possibly just drained. If your Switch has autoRCM, and you do not send a payload, it will just show a black screen when it boots. This black screen is indistinguishable from the Switch just being off. The system will not charge while on this black screen. When you plug in the system to charge it, the system tries to power on. However, since you're not injecting a payload, it just stays on the black screen. Since it can't charge on the black screen, the system does not get charged. The way to fix this is to plug in the system, hold down the power button for a good 10 seconds to turn it off (since it's on the black screen), and wait five minutes for it to charge. Then unplug it from the charger and turn the system on while injecting the payload. Once you have the system actually booted, you can put it back on the charger to let the battery charge the rest of the way.
If it doesn't work the first time, don't panic. You probably just turned the system ON whenever you held the power button instead of OFF. It's impossible to tell whether the system is on or off without injecting the payload. If it won't boot with the payload injected, it means the battery is still dead and to try charging it again. And if you're using something like an SX Pro dongle, make sure the dongle is charged as well (takes less than five seconds to charge it).
Click to expand...

Seriously, why quote me here when I'm not the one with the issue.... 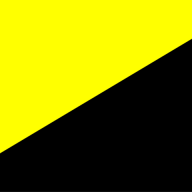 Draxzelex said:
Seriously, why quote me here when I'm not the one with the issue....
Click to expand...

L
Hacking Question I inject the payload, the TegraRcmGUI says is was successful and all I get is a black screen

@ KennieDaMeanie: You should I'll have the news on 24 minutes ago
Chat 2