Many times we have had discussions of dead technologies; CRT screens being popular around here, however even they got to be quite basic renditions towards the end with nothing much special done with them compared to the few years earlier when many inputs, widescreen, features aplenty were popular (I am still regretting not picking those up, though unlike games I did not have the room for a warehouse full of CRTs).
However before things die we often see lowest price/utterly basic but actually functional versions made. For instance alarm clocks 25 years ago were actually quite fancy; all sorts of vocal alarms and whatnot, today not so much and you might get a radio if you are lucky and beep beep beep as the alarm. Though that might be an unexpected casualty of mobile phones. I picked up a tape player alarm clock for an elderly friend somewhat recently (books on tape and a serious collection thereof) and it was actually quite well featured with nice audio, far more so than anything that might still sport it today.
All this then often leads me to have to keep an eye out for even older stuff made with top designs, possibly fix that as well. Other than CRTs many also lament CD burners/DVD burners of old had faster read and write speeds than you might find today (though I would still take a modern one where buffers are basically the whole size of a disc because it is more expensive to get in small chips). Sometimes it does not happen; I was eagerly awaiting people attaching a basic audio player setup on the end of a USB thumb drive being basically nothing but it did not come to pass.

To that end what technologies do you like that might still be available, or have functionally ceased in more recent times, where the last ditch takes on it were rather mediocre compared to the offerings more common or at least relatively cheap in the years prior?

My beloved mp3 player(s) count(s) toward this.

Still don't like using the smartphone as musicplayer, even with PowerAmp.
Their DAC of em isn't up to scratch (and LG exited the Smartphone market already...)


Shame mp3players/Musicplayers are either of lackluster buildquality, or cost as much as aforementioned smartphones 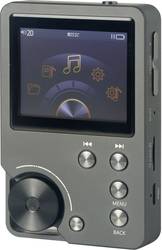 notrea11y said:
My beloved mp3 player(s) count(s) toward this.

Still don't like using the smartphone as musicplayer, even with PowerAmp.
Their DAC of em isn't up to scratch (and LG exited the Smartphone market already...)


Shame mp3players/Musicplayers are either of lackluster buildquality, or cost as much as aforementioned smartphones

On a Iphone and Android their is an App called Capriccio that lets you use fully Parametric EQ's that lets you adjust Bandwidth and Gain for different Frequencies. You are in Full control of pin pointing which frequency you wan't to alter. I find this supperior to music players that don't have this feature built in, they mostly have some basic eq and not a fully parametric one, and need external hardware for it.

But a negative is the iphone doesn't support system wide eq and is only limited to apps which is fine for music files. But some phones you can jail break to add system wide eq for even online videos and movies.
Last edited by SG854, Aug 30, 2021

What tech product would you buy if you were not locked into an old one?