I was just browsing a few minutes ago, and noticed that my 2nd most favorite mmorpg's (Ragnarok Online is my fav and first mmorpg I've ever played!!) is FINALLY released in English, after about 7 years or so >_>
I think most of you don't know the game.. but if you do Here's the official website http://tales.gamengame.com/ (this is allowed ya?

Not sure this game is already playable ( I think so because I am downloading the client right now..)
But at least it will be released by the end of this year

Dunno if you people care about this game, but I just wanted you to know in case you was waiting 7 years like me


And yeah it looks old I know

EDIT: To tell you guys a tiny bit how this game is (mind you I am telling this from my own point of view)

Far as I know, people must at least know Ragnarok Online, I think it was THE first or at least once of the first mmorpg's out there.. you can kinda see some originality in that one compared to other games..
like for example the ''Card'' system...Almost every monster in the game has a chance to drop cards.. extremely rare drops ( like 0.02% ) but when a monster card drops, depending on what monster it is, it can give you huge special powers if you equip it to one of your equipments.
For example, there was a boss called ''ghostring'' if you managed to get that card, you could equip it into a body armor, and when you did you became ghost property, meaning all NORMAL physical damage would miss you... yes... miss xD.

Tales weaver was the second mmorpg that I have played xD and ever since i played it , I have been calling in Ragnarok Online 2 xD.

The game, despite the old looks (wich i personally love better then 3D nowdays...) is pretty original is some aspects..
the game has long story cutscenes depending on what character you picked ( i think there are 6 or 7 or so) (and yeah , u are probably like ...yay cutscenes..but it was pretty cool 7 years ago

specially for an mmorpg)

anyhoo, some original stuff about the game itself.. the leveling system.. when you hit a monster, each hit you will get exp.. and when you kill that monster you get even more exp.
your lvl meter is broken into 3 parts ( i dont know why exactly yet, sorry!!) but when you fill 1 part of the exp meter, there will be a popup above your chars head saying ''Exp Over'' meaning, you can either click the level up button to ''buy'' a level with your exp. OR you can save exp to ''buy'' skills from your skill tree'' .. so think carefully.. exp counts as money for either levels or skills..
that little aspect gives the game a lot of depth to it, you will notice when you actually play it

Usually when play mmorpgs I turn of the stupid music and put on my own, exept in ragnarok online and ....yeah yeah!!.. TALESWEAVER

just listen to the enemy ground theme of lydia town

p.s. All right got to go to the stupid party now xD Maybe i'll edit more explanation later on

EDIT: By the way, if some of you are going to play it, Post me your ingame name !!

this heck is this

Terminator02 said:
this heck is this

Hm, I was looking for a nice MMO. 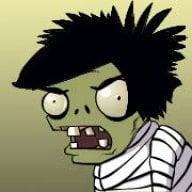 Playing it right now xD its sooo cool, this is one of the first games looking like this, not one of those stupid clones

Anyhoo, it almost feels like the same quality as an offline rpg IMO (Which is good)


EDIT: By the way, my in-game name is Eighteen PM me

I do remember playing the Korean version of this quite some years ago. I didn't like it as much as RO, but it definitely appealed to me. 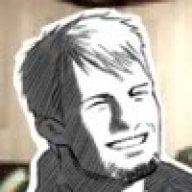 This looks pretty cool!
I've been looking for something like this for a while so I'll check it out right now.

Booo.. I have to goto a stupid party today of my mom's old work >.<
Stupid timing.. I wanna play Talesweaver!!

..Not being stuck with some old boring people who talk aboutum... stockss....and

bookss...
...and the latest news around the cafeteria... 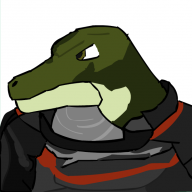 Never got to playing the foreign versions...seems like it'd be worth a try later. What's it like anyways?
Edit : or to be a bit more specific on the last part, nerd it out, if you can. /likes to learn stuff ahead of time

I've bookmarked this but ill try it out later...

Will try it out later.

The MMO I've really only liked is Guild Wars but this looks alright, like most MMO's do then turn out to be crap.

*snip*
sorry this post was meant to be in the first post as an edit, and dunno how to remove this one xD 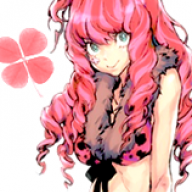 Looks interesting, I might download it later. I played RO for five or so years, but it's reaaaally boring to me now.

Stephapanda said:
Looks interesting, I might download it later. I played RO for five or so years, but it's reaaaally boring to me now.
Click to expand...

Yeah I know what you mean

Me also played it wayyyy too much

Urgh, I liked the look of this, so I dl'd it, made an account on the site, but the game keeps saying my password is incorrect >.<
I hate it when that happens.

Hmm... I'll try that, I'll update to tell whether it worked or not.
EDIT: Yay it worked, thanks a lot

Hmm... I'll try that, I'll update to tell whether it worked or not.
EDIT: Yay it worked, thanks a lot

Feedback Thanks Nintendo for....