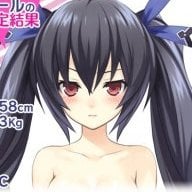 I decided to mess around a bit with ToB to see what configs work best with it. By default, the game will constantly flash at you in-game. Anyone with epilepsy shouldn't attempt this game without setting it to 480p. 720x480 seems to be the only resolution this game can function in. Anything higher will result in the game becoming a strobe light. The only other issue is audio. Audio will cut out at certain parts. Also, cap your FPS to 30. Capping at 60 or leaving it on Auto will result in the game running way faster than intended. It could lead to some humor (like everyone WALKING at the speed of running), but will probably become a nuisance (especially since you're reading subtitles).
From what I can tell, the game is fully (and almost perfectly) playable at 480p, 30 FPS. To some that may be bothersome, but to people that just wanna play the Japanese version of the game (either for undub or unaltered content), I don't think they'll care too much, as long as they can play the game.

Nintendo 3DS Tuesday at 10:58 AM
FateForWindows

@ AkiraKurusu: Though the bed in the Guest Bedroom is so large there's ironically not much space leftover... 26 minutes ago
Chat 1