Is it possible to use the new IOS - Versions from systemupdate 9/7/2010 for rev20 of waninkokos cios?
Any Test Results?
W

no one tried yet?
J

[*]Don't bump your own topics.[*]Try it yourself and see. 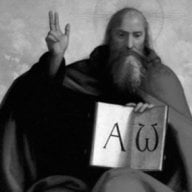 Why would you want to use the new IOS versions as bases? There are no improvements, only security bugfixes. The old IOS version can still be downloaded with NUSD and other tools, so why bother? That said, I think it is possible. The changes they made to the IOS must be very minor, since the version number was only incremented by one (other IOS updates had much more significant version number differences and still no improvements, only bugfixes)

EDIT: Just read megazig's post. Seems the WLAN module of IOS has also been updated, which is unusual. But it's yet to be determined if there's really any improvement at all.
W

Helsionium said:
Why would you want to use the new IOS versions as bases? There are no improvements, only security bugfixes.
Click to expand...

[Release] Fakemote: An IOS module that fakes Wiimotes from the input of USB game controllers

What ciOS for Wii Webcam?