Justin_Credible81 said:
You're still doing it wrong. You don't hold R on album. You hold R on a nsp Switch game on the Switch menu. Instead of the game starting it'll go to album.

You should use Aluminum Foil to install your Switch games under Fat32.
Click to expand...

I never realized that! That did the trick! Though, I just used an XCI and it worked.

To clarify for other users that see this post, the only step that changed was this, and it worked perfectly.

I went back to the exFAT card, and it worked with the same steps.


Justin_Credible81 said:
You should use Aluminum Foil to install your Switch games under Fat32. For XCI files aren't those only playable on external hard drive? You can leave the external hard drive Exfat but sd card Fat32.
Click to expand...

I haven't used that utility before, but the XCI files don't need to be on an external HDD (though they can be), I just don't like to be tethered to the external HDD all the time and like dragging and dropping the games I play most (and play well portably) onto the SD card without installing them.
Last edited by atlboyz_247, Apr 7, 2019
E

Xcis working from sd card must be new I thought only nsps. But glad you got it working.

I've had a few beers I wasn't thinking you don't really need Aluminum Foil with SX OS. You can just use your external hdd to install everything.
Last edited by , Apr 7, 2019 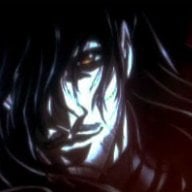 For the N64 core crashing on SXOS:

Hold R and start a game (not Retroarch) on the switch menu. Any game.

If it worked right it would take you to the homebrew menu instead of start the game. Then you have full RAM then you can use Mupenplus-next. Every time you power off/on Switch you have to do this again.