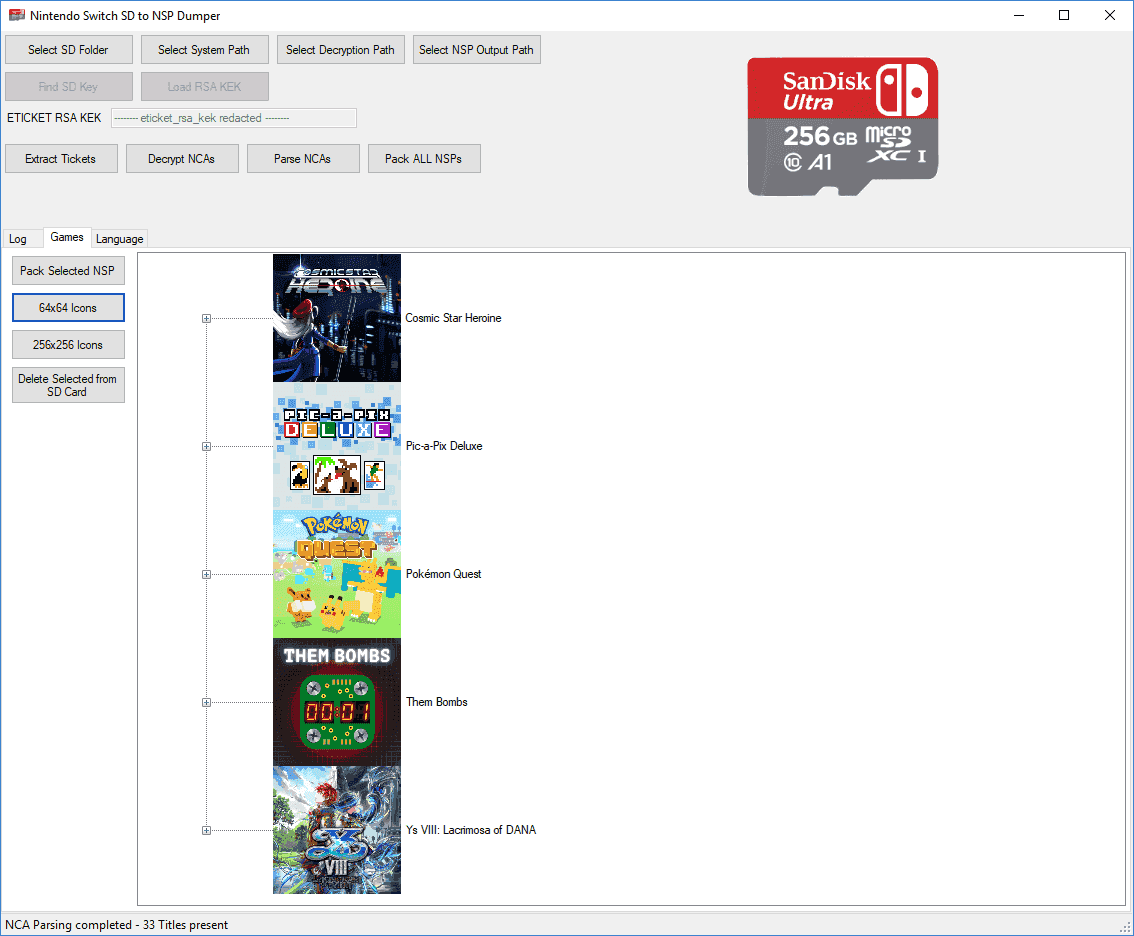 Caitsith2, long time hack and homebrew maker, popped in to share a simple to use tool that allows people to generate NSP files from the NAND of their own personal Switch if it is one of the hackable ones (or you have some other means to dump the NAND). There was even a method, naturally fairly tedious, put forward that could allow you to do it without really risking a ban for homebrew. The main use for such a thing is for those that wish to dump their own purchased titles.

For those unaware NSP is the name given to the format favoured by the downloadable games from the Switch online shop. If you are more familiar with the 3ds then think CIA files, for the 360 this would be LIVE and GOD files, for the PS3 then .pkg and rap files, though obviously there are subtle differences in the approaches used by both the device creators and hackers for other devices.

This then reduces the need for using services which pull things from Nintendo's own servers (so called CDN methods) which tend to result in a "superban" if done with your own console certificates or via more traditional downloading methods.
A full description of the program and its operation, and the aforementioned "safe" method, is available in the thread. You will need to find or generate the appropriate list of keys for it to work, partial generation method included in the discussion thread.