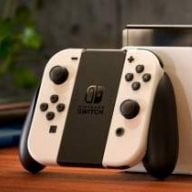 I already own a console, unpatched erista model, but I bought a mariko briked console, to try to fix it.

He has no hardware problems, but analyzing the NAND, I found that the GPT, the SYSTEM and USER partitions were corrupted.

The GPT was easy to fix, the SX menu itself has the option of fixing it, but both partitions needed their biskeys so I could do something with them.
Recently shchmue released Lockpick RCM in version 1.9.0 that supports Mariko consoles, so I got my prod.keys.

with the keys, I just formatted the USER partition and then used Emmchaccgen to create the firmware for the SYSTEM partition. I mounted the partition (with its proper keys) and copied all the files generated by Emmchaccgen.
I used firmware 10.1.0 because, after using Emmchaccgen, it generates BCPKG2 partitions 1 to 4, with exactly the same CRC hash of the partitions present in NAND (From Hekate, I saw that the fuse count was 13, indicating that it was in some version 10.xx before bricking).

Here we come to my problem, the Emmchaccgen correctly generates the "registered" folder with the appropriate .NCAs, but apparently the save 80000000000120 generated is not being accepted by the console (it remains in dark screen, after the Nintendo logo)

I did something different, deleted the save folder and started the console (obviously it didn't go beyond the nintendo logo, as expected), but when I mounted the SYSTEM partition again, the save folder reappeared with another 80000000000120 file, a quick comparison with the file generated by Emmchaccgen shows a difference in size.

they seem to be random sizes but I got the NAND save from my Erista console and it has exactly the same 1,146,880 bytes.

So I imagine that the Mariko consoles manipulate this save in a different way from the Erista consoles.

I would be grateful if someone with a mariko switch (v2 or lite) uploads this system save (80000000000120) for me and for further analysis by the author of Emmchaccgen
Reactions: LyuboA, orangy57 and Kopimist

Can Mariko run a firmware of 6.2? Because if it can, then it might be worth giving ChoiDujour a shot.

Hacking How to unbrick ur switch