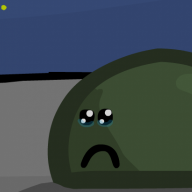 First post here, so apologies if its in the wrong section. I've been lurking the forums for years on topics for homebrew/console modding so I figured this may be a good place to ask.

The short of the story is I received a busted Switch Lite that belonged to a nephew who slammed it on the floor, was told I could fix it and it's mine, would be a good gift for someone I know who does not smash things on the floor.

Seeing it had power, I was hoping it was just an issue with the LCD, but turning it on leads to green/white vertical lines, and then nothing, no sound which leads me to believe its a deeper issue than just the screen. After powering and the lines flicker, the backlight remains on, but seems to just get hung up there. I've attached a webm showing exactly what it is doing.

I'd rather not invest in a new LCD/Digitizer until I know that is the root issue. I've tried taking it apart fully, checking traces/chips/connections for anything that was loose, scratched, or busted. Nothing appears to be damaged on the motherboard/sister boards, but haven't tested with a multimeter or anything of the like. There was a loose metal ring (looked like a washer of sorts) under the motherboard between the screen, just above the USB-C connector, could this of caused a short and just killed it dead?

Any tips on diagnosing this, or anyone know if this is an issue that hits the point of it being a lost cause?

Appreciate any advice anyone can offer!

Washers inside electronic equipment is usually not a good sign and they could have cause damage.
The vertical lines show that the lcd itself might not even be damaged.
If the lcd has cracks is shows a different pattern.
You could try to apply some gentle pressure to the connectors and chips on the motherboard.
It might be the case that something came loose from the motherboard due to the impact.
Repairing that is work for a repair shop as recoldering those tiny connectors or reballing chips needs a lot of specialized equipment.

L
Hardware Having problem fixing my Switch. Doesn't turn on but backlight shows for a second.