Hacking Question Switch isn't detected by Windows/Lubuntu at all. 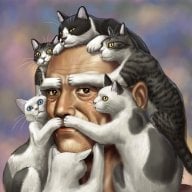 i am desperately in need for help.

First things first: What is going on:
I have two switches: one ist an unmodded model (XAJ7) bought off ebay used), the other one is a XKJ-MARIKO model (got a new one as a gift). I am trying to get CFW running on the XAJ-model.

What i already tried was:
The third thing I tried was getting an RCMloader (model oneB) and tried the same. Results:
Lastly, the XAJ just gets charged normally while in my dock.

I would totally appreciate any tips to get this thing going into CFW. I am totally clueless about whats the reason i cant inject a payload into the XAJ.

I forgot to add:

Hacking About to buy a 2nd hand Switch,Please advise

Hacking Switch not getting detected on RCM

@ Julie_Pilgrim: like bro do something different, get some men 29 minutes ago
Chat 1