MYFOXNY.COM - A Swiss adventurer dubbed "JetMan" will try to fly over the Grand Canyon in a US first Friday, three years after he flew into the record books by crossing the Channel between Britain and France.

Yves Rossy will be dropped from a helicopter high above the world-famous landmark and make a series of loops, powered only by a winged jet-pack, before in theory landing on the floor of the immense geological fissure.

Unlike in his 2008 flight from France to Britain, the 51-year-old will not cross the Grand Canyon from one side to the other, but instead spend 15 minutes in acrobatic flight over the miles-wide gorge.

Last November he performed a similar feat in the skies above the Swiss canyon of Vaud.

In September 2008 Rossy, whose jet-pack can reach speeds of around 124 miles (200 km) an hour, gained international attention when he became the first winged person to make a successful crossing of the Channel.

In Friday's flight he will be dropped at 9:00am from an altitude of 4,200 ft (1,300m) above Guano Point, a spectacular outcrop on the western side of the Grand Canyon.

After performing a series of aerial loops he will release his parachute to float to the floor of the canyon, which is about 3,937ft (1,200m) deep, his team told AFP.

The Hualapai, a Native American tribe which manages the area, will dance and pray before Rossy takes off for his latest exploit.

While his English Channel and Swiss flights were a great success, Rossy failed in a November 2009 attempt to cross the Straits of Gibraltar between Africa and Europe.

He ended up in the sea after high winds and clouds forced him to abandon the bid, although he was fished from the water safe and sound.

For his Swiss flying exploits he developed, in collaboration with the company RUAG, a smaller version of his jet-pack.

The new model has "a better aerodynamic profile, with more stability," making it able to make acrobatic maneuvers possible, he said at the time.[/p]

Is he somehow related to Evel Keneval? 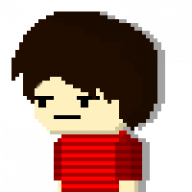 JetMan is a badass

Can't wait to see it!

Cool, but the channel crossing was more impressive.


jerome27 said:
Is he somehow related to Evel Keneval?
Click to expand...

I don't think so, he tends to pull shit off AND land.

@ Psionic Roshambo: Well how else would I know what brand of knife works best? Lol Today at 12:38 AM
Chat 0