"In a move that left President Donald Trump fuming on Twitter on Thursday, the Supreme Court ruled against him in two cases over whether his personal financial records should be turned over to investigators — a New York prosecutor's office, in one case, and Congress' Democratic majority in another."

"In our judicial system, 'the public has a right to every man’s evidence.' Since the earliest days of the Republic, 'every man' has included the President of the United States," Chief Justice John Roberts wrote in one of the two majority opinions on Trump's records.
Justice Brett Kavanaugh concurred: "In our system of government, as this court has often stated, no one is above the law. That principle applies, of course, to a president."

Couldn't it have just been tempered with at this point?
Reactions: Julie_Pilgrim

Even the prosecutors won't get their hands on his returns until after the election, which sucks. OTOH I take great pleasure in knowing how much importance Trump had placed on keeping them secret, and that even his own Supreme Court appointees ruled against him here in a 7-2 decision. Metric tons of salt were generated from his Twitter account right after the decision came down yesterday.
Reactions: Julie_Pilgrim

Oh, right... Except the part where he broke presidential campaign rules of not doing foreign businesses while running for president. If you'd paid attention during the Cohen hearings, you'd already know that. The only problem was that the proof of this is our should be - indeed - in his tax records.


I really wish you didn't made terrorism and Russia into one choice there. It only feeds the righwing nuttjobs in their paranoia that the left accuse Trump of everything they can think of. And the pile of scandals on that guy is already big enough without requiring to fiction.

well considering a known fact that Russia hired (as in payed) terrorist to kill American troops, not to mention Trump downplayed it,it makes you think does he really have our best intrest? the answer is no but to what extent? he is a known draft dodger remember

chrisrlink said:
well considering a known fact that Russia hired (as in payed) terrorist to kill American troops, not to mention Trump downplayed it,it makes you think does he really have our best intrest? the answer is no but to what extent? he is a known draft dodger remember
Click to expand...

... But this is a thread about his tax returns. None of the things you mention have any impact on his legal income.

As for the Russians : Trump is just too thick for his job. If someone gave him written proof, he wouldn't have read it and if someone told him he would have doubted the intentions of the person telling him. Also (and I can't believe I'm defending the fucker on this), the timing aligns with the reports on the Corona virus. So with probably a dozen meetings predicting doom and gloom on the future of the country, a report about mercenaries is... Given a lesser priority.

Do you really think if there was something there, mueller would have seen it and went full throttle?

I think one of two things:

1) He isnt paying taxes by using legal loopholes, he pretty much bragged about it during one of the debates.
2) He is trolling and there is nothing there.

Joe88 said:
Do you really think if there was something there, mueller would have seen it and went full throttle?
Click to expand...

The main reason we know there IS "something there" is because Mueller's team investigated the Trump administration. That's how the Trump tower in Moscow came to light (built or payed for during US election, so a direct conflict of interest). That's also how Trump's personal lawyer (Michael Cohen) got convicted: he lied to a senate committee that there was no foreign interest by Trump whereas there was.
I'm not sure what "going full throttle" means to you, but I'd say that "convicting your personal lawyer and sending him to jail" certainly fits that description.

Now to circle back at the tax returns: Trump always acted as if he had nothing to do with the endeavor (which happens all the time, of course. Heck...my personal lawyer just yesterday financed a Taleweaver building in Belgium's nemesis state while I was running for prime minister

). Trump's 2016 tax returns would prove that he had knowledge of the tower construction in Russia, thus catching him for breaking the law. This would've been long over, but Trump fabricated "I've got presidential immunity, biatch!!!" out of thin air. It took until now for the supreme courts to state "no, you don't". So the actual proces of then just continues as if Trump hadn't willfully delayed and lied to...erm...whomever still believed anything he said at that point.

Well if ToddlerTitSniffer wins I'm sure he and his inexplicably-a-billionaire son will run the most scandal-free administration evah.

It'll feel good to know our leaders can be trusted again. Yep.

I mean, not with cocaine, former com-bloc oligarchs, or little girls ... but in a general sense I guess.
Last edited by Hanafuda, Jul 11, 2020
Reactions: Julie_Pilgrim

trust me I'm getting my passport and probably immagration papers to a EU country if he wins again, sick of this BS Covid or no Covid i'm leaving this time and so is my therapist oddly)
Last edited by chrisrlink, Jul 11, 2020 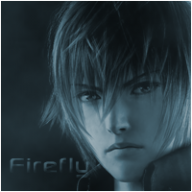 chrisrlink said:
trust me I'm getting my passport and probably immagration papers to a EU country if he wins again, sick of this BS Covid or no Covid i'm leaving this time and so is my therapist oddly)
Click to expand...

Why wait? If you seriously think one person in office for another four years is going to bring America to its knees, and that there are better countries to live in, then just leave. I've been hearing this same stupid comment since before Trump even won back in 2016. If you have a valid complaint against the man, voice it. But don't act like a teenager threatening to run away from home. Move to another country or quit running your mouth. I'm proud to be an American, and one president that I don't like isn't going to change that. The worst that can happen is that he's in for another four years. We have checks and balances for this very reason: one man/branch can't unilaterally destroy the country.
Reactions: Taleweaver and Hanafuda

you know your right now that I'm getting more money in a few more months i should be good for leaving.....i see berlin is one of the cheapest places to live but i would rather move to the UK where english is the primary language

chrisrlink said:
well considering a known fact that Russia hired (as in payed) terrorist to kill American troops, not to mention Trump downplayed it,it makes you think does he really have our best intrest? the answer is no but to what extent? he is a known draft dodger remember
Click to expand...

It is not a fact yet. But even if it is true: Did the US not fund the Taliban to kill Russians in the 80s?
You could argue it was just because the Russians had invaded Afghanistan. But the same is true about the US.
I don´t see much of a difference.
Reactions: Julie_Pilgrim
O

There's nothing criminal he's hiding. It's about pride and optics. He's hiding that he's not as rich as he says he is. He's hiding that he is using billions of capital losses to write off more recent income (which is completely legal but spoils his "successful business man" image).