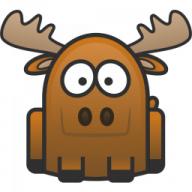 I've had an el-cheapo Mini SD Supercard for my GBA-SP for some time now. I recently tried adding some new ROMs to it, and it seems any 4096K/8192K carts get stuck at the dreaded white screen.
In my scouring I found there is supposedly a patcher application to fix the read speed to "slow mode" to get past this issue, but after installing a program called "SuperPass2" on Windows 10 all I get when launching the program is an error message that states "Driver not open." I've tried running as admin, running in WinXP compatibility mode, but nothing changes.

Does anyone know which "driver" I might need to get this program running? (Do I even have the right program for this?) Or - is there a known way to patch ROM files manually using a hex editor or something? It'd be really nice to play the Super Mario Advance titles as I first experienced them growing up.

Further info:
-Pokemon Emerald, Mario & Luigi Superstar Saga, and Zelda - The Minish Cap load up just fine on the supercard
-All of my ROMs are tested and work fine on PSP, Android, and PC emulators

I have a microSD SuperCard, not el-chepo, but the purple one, from the SuperCard team. 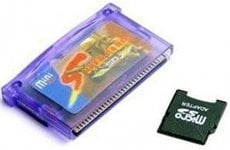 If you want, I can give you its conversion software...

Note that even this patching software should only work up to WinXP (or in compatibility mode).
Last edited by Nikokaro, Oct 22, 2021

That's the one I've got! I found it for a low price on ebay and didn't know much about it tbh.
If you would be able to provide me with the needed software to patch ROMs for it I'd appreciate that very much!
Reactions: Nikokaro

In addition to its conversion software I have attached its complete guide describing the various functions available.

THANK YOU!! The instructions helped a lot and the program worked like a charm. I had no idea I was missing extra save features without this patcher, and I'm definitely going to be using this cartridge more often now.
Again, thank you so much for the help!
Reactions: Nikokaro

Nikokaro said:
In addition to its conversion software I have attached its complete guide describing the various functions available.
Click to expand...

I am so thankful that you posted these. With both SCDev and PocketHeaven down by now, I was afraid that PDF guide had been long since lost to time.
Reactions: Nikokaro