This will enable the music from previously Japan-only Premium Anime & Sound Edition of Super Robot Wars X in the SEA English release of the game.
Meaning that English-speaking users will finally be able to experience the music that was previously exclusive to the Japanese version of the game.

The process is more complicated with the Switch version of SRW X than with my previous patches due to developers of the game unfortunately making some nasty changes to how the Premium Sound music is loaded - namely the game is forced into Japanese language, as such the process will require a workaround as I haven't been able to figure out a better method.

What you need to do BEFORE installing this patch, is make sure you launch the game in English at least once and SAVE your game - I can't stress out how critical this is, once you have started the game in English and saved, you can safely quit and follow the rest of instructions.

Now all you will need to do is select the "Contents" folder from this unpacked music patch archive and copy it to the directory used for LayeredFS on your memory card - this is crucial.
On Atmosphere, it's the "atmosphere" folder on the root of your memory card, put the "Contents" folder from this music patch archive inside that "atmosphere" folder.
The patch is for the SEA English version of the game (010026800E304000).

Now, upon launching the game with the patch installed you will notice that it has changed to Japanese language, that is because of the change by developers I mentioned earlier and this is where the earlier step with making a save while the game was still in English comes in.
All you need to do is simply load that save, loading the save will turn the game back into English for the remainder of your playing session and you can enjoy it with all the benefits of the extra Premium Sound music, you can safely save in this manner (it won't ruin your save or turn it into Japanese) and as long as you keep loading English-langauge saves with the patch installed you will be able to continue playing in English without issue.

CREDITS:
Canzah - Adapting Premium Anime & Sound Edition files for SEA English release of the game.
Slow - For helping me with the ACB file necessary for this project.
Zestiva - For originally figuring out the method in a similar patch of his for Super Robot Wars T.
Special thanks to an Anonymous user from 4chan's /hbg/ that brought Zestiva's work to my attention which allowed me to replicate the process for SRW T, and for pointing out to me that lack of one extra file was causing bootloop in Switch version of SRW V. 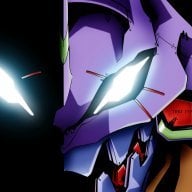 Excellent This was the last one. Great work

one-piece said:
Excellent This was the last one. Great work
Click to expand...

Reason why it took so long is because the Premium JP release of SRW X for Switch was never dumped and as such Premium patch for the SEA release wasn't possible. There still is no dump, but I've essentially created a faithful replica which is what this patch effectively is. Should by some miracle the Premium JP version ever get dumped (low chance, game was digital-only and has been delisted by the publisher) I will update this patch with the "official" files, but as it stands this is a 100% custom but faithful replica.
Reactions: one-piece
T

thanks a lot for your work! I really appreciate it 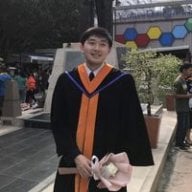 IT WORKS WITH YUZU emulator!

For those come after me, Atmosphere folder is in Yuzu>sdmc>atmosphere
also use "Dump RomFs to SDMC" instead of "Dump RomFs"

You can start new save with this patch on using this trick
1.go into an English save file
2.soft reset

You can start new save with this patch on using this trick
1.Turn off patch
2.start new game and save 1 time
3.close game
4.turn on patch
5.open game
Last edited by ArkBeetle, Sep 21, 2021

Nintendo Switch Saturday at 10:05 AM
Erxkum