looking forward to basically everything jumpman posted. a lot of great games in a short period of time. It's going to be an unproductive fall 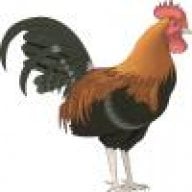 Harvest Moon DS comes out 8/15 according to my store....they say I can pick it up then.

I was kind of hoping they wouldn't make Yoshi's Island 2. The first one was a great game and a big part of that was due to the difficulty level. This one is propably going to be closer to NSMB in difficulty, so it will propably dissapoint me. It's good that Nintendo is making new 2d sidescrollers, but they shouldn't name it Yoshi's Island if it will be just another Yoshi's story.

I'm looking forward to the new Castlevania PoR. And anyone not awaiting Zelda 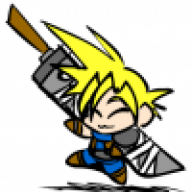 There's some great stuff coming out later this year for the DS but with the Wii soon upon us (not to mention all the great stuff on other formats *cough.e.g.FFXIIcough*) I know where most of my gaming hours will be; the Wii launch lineup is looking amazing.

Out of the DS titles I'll have to make time to play Zelda, FF:CC, FF3 and Diddy Kong Racing (though I'd be suprised if DKR came out this year knowing Rare!).
Oh and I can't forget Elite Beat Agents!

And if I wasn't going to be busy enough, the Nibris website lists Raid Over the River (DS SHMUP) for a 2006 release though media sites have said it is coming out in 2007. This is one game I am looking forward to an awful lot so the sooner the better IMO! (p.s They are even planning a sequel to the game on the Wii after their first project 'Sadness'). ^^


Come to think about it... I think I must be one of the few people not really interested in Yoshi's Island 2, the games in the series have always looked nice but the gameplay is kinda meh. Maybe I'm just not seeing something... they're good but there's some better stuff out there lol.

Like for example if there's one platformer I have to play this year it's going to be Super Paper Mario for the GC! OMG that game is gonna be awesome! *Squeals*

Edit: Just remembered Pokemon Pearl and Diamond are due out in Japan at the end of September! ARGH! SO MANY GAMES!!!!!! >_<

I don't understand the whole love for Yoshi's Island. I never liked Yoshi as a character though...

So many good games to come.

Meh... I can already see the threads about cheaters in Castlevania

I don't understand the whole love for Yoshi's Island. I never liked Yoshi as a character though...

So many good games to come.

Yoshi's Island was the finest 2D Mario game that Nintendo produced in my opinion.

B
Homebrew Bowsers Inside Story - Crashing

Gaming Good games to come back to