So I've seen the mods and they're usually just xnb mods (pre-SMAPI mods). I was checking if there was a way to use content patcher mods and I think I've found a way but there's a problem.

The problem is that SMAPI will only export files that have been loaded by the game. Does anyone know how to make SMAPI or the game load all files so that we can export each file?
Last edited by fvig2001, Mar 28, 2020 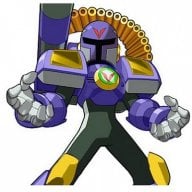