Fel said:
I know it's common to replace American voice acting with Japanese voice acting, so it might be similar to simply add voice acting into a USA/EUR rom where it was removed, right?
Click to expand...

Two totally different things.
The first, often called 'undubs', you're swapping files.
If the files don't exist, that means all the 'cues' ingame don't exist either.

What twiztidsinz said although I have seen a few games where voice acting is not gone but "silenced" (I want to say the first Castlevania although it has been ages since I did a region comparison and I can not recall the specifics) and then you could try for an undub.

The main time people tried this was for the first megaman platformer (where voice acting was also lost in translation/localisation)- people actually went the other way and tried to shoehorn the English text into the Japanese rom (it sort of worked but needed far more debugging than most people cared to do).

If you are up for a fairly major hack I reckon it could be done. DS programming is somewhat API based- see what happens when you swap files for an entirely different game which makes it fairly amenable to this sort of change.
Going way back the first Castlevania with goldeneye (the first one) sounds was interesting (it was done to make the game smaller when many of us were still rocking GBA era flashcarts for which 256 megabytes was huge).
Play it similar to cheats (DSATM might be a big help here) there probably is a sound played in the background/at the time of the cutscene- this would then be a fairly simple ASM hack. The either inject the sounds into the western audio (not too many guides for this but I can see to making something) or rejig the Japanese one to work in place of the western one (it might work right away or it might take some fiddling similar to the sound hacks like the tetris and pokemon music hacks). 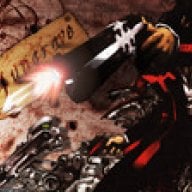 The problem is, I'm not really skilled in hacking or programming, though I do know how to do easy things with guides. I've looked at the ROM using DSlazy, and the although both the Japanese and USA rom have both 64 MB, when opened with the program, the Japanese rom contains additional folder "voices" inside the sound folder, having about 27 MB. I've tried simply putting the voices folder inside the USA rom and repacking it, however it has no effect, and the rom is even by several MB smaller! So the new one has about 59 MB, however it still works.

I've also tried putting the "font" folder from J into USA rom, however after the intro the game freezes with black screens. If I knew where the translation is located, maybe it could be fairly easy to put the English text there, though since I'm not a romhacker, I can't say that for sure.

Would anyone mind having a look at the rom and say whether it's possible to either put the voices into the USA rom or the english text into the J apanese rom and how easy/difficult it would be?

why not just download the EU version and play that since it has english text already and jap voices.....

No it doesn't. I know, because I've played the EU version before the USA one came out.

Or do you have it? Because in that case somebody might have somehow put the voices back in...

Nintendo DS Today at 5:17 AM
Traceytrace