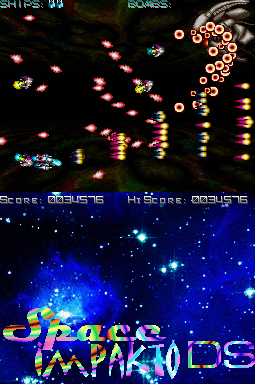 And another Homebrew Bounty entry! Space Impakto DS was an earlier project by relminator, but he's done a re-write of it and is now actively developing it again in an attempt to make it into the contest. The game, described as a "Bullet-Hell SHMUP" by the author, incorporates new-style mechanics to old-school sprites, and the project is open-source to boot.[/p]