Soul Sacrifice Will Make It To The West

Sony has announced today that Soul Sacrifice, currently in development by Sony's Japan Studio, will indeed be arriving in North America on the PlayStation Vita. No release date is currently available but more information will be announced during next week's Electronic Entertainment Expo.

To wet your appetite, Sony have released a video interview with Inafune-san, CEO and Conceptor for Soul Sacrifice. Follow the source for the video. 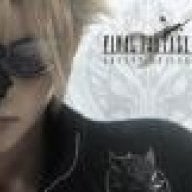 Well. atleast some of them are making it to the west.
And whats with this flurry of news??

saberjoy said:
And whats with this flurry of news??
Click to expand...

But I heard of the title but never cared enough to research it. Maybe I'll take a look into it but it doesn't seem interesting enough to do so.

If this doesn't get a sequel, I guess we can call it the Sole Sacrifice.

So I decided to watch a sorta-trailer thing for it where Inafune talked about the game and crap like that.

Plus he said "Well you can just make sacrifices of others but that's not what a hero would do and we all like to play heroes!" Yeah fuck that. Gamers don't give a shit, if the logical and most beneficial choice in the game is killing some innocents so you don't get the shit end of the stick, then they'll do that. I really don't see myself growing deep emotional bonds with characters in a game where you can pull your own spine out and use it as a weapon.

I won't put too many nails in the coffin for this game yet but I'm not terribly impressed from the little bit I saw. 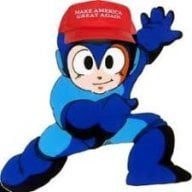 It would be a little hard to explain, but an example of what he meant would be like gambling. Putting a lot of money down and winning gives you more money than only putting a small amount down, but you'd lose more money than placing a smaller bet.
Or if it's easier to wrap your head around, it would be like choosing to fight a strong or weak monster. A stronger monster decreases your chance of survival, but you'd get more EXP as a result.
I'm sure the music would be good since Yasunori Mitsuda is composing it (seriously, listen to music from Xenogears or Chrono Cross. He's pretty good.), but the gameplay doesn't seem very interesting to me yet.