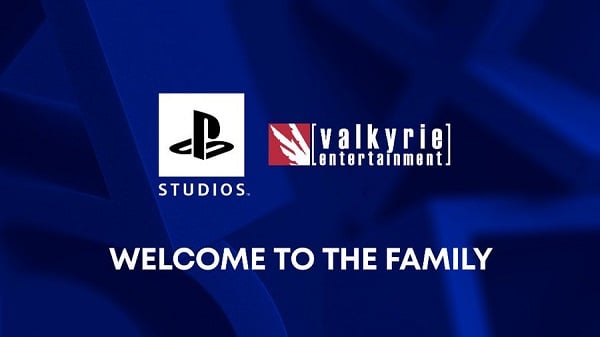 ​
Head of PlayStation Studios Hermen Hulst announced in a brief Tweet today that Sony had acquired Valkyrie Entertainment, developer of the Sony-published Guns Up! and co-developer on a number of high-profile projects. The Seattle-based developer describes itself as providing "Co-Development Services for the games industry since 2002," having provided support on the 2018 God of War and its sequel and Aliens: Fireteam. "The studio will be making invaluable contributions to key PlayStation Studios franchises," said Hulst in his Tweet.

This makes the fifth studio acquisition for Sony this year, after Housemarque, Nixxes Software, Firesprite (which itself then acquired Fabrik Games), and Bluepoint Games. They also gained a partial ownership in eSports brand EVO earlier this year.

Boy! Are you ready to join my game making team?
Reactions: gnmmarechal

SG854 said:
Boy! Are you ready to join my game making team?
Click to expand...

You need a composer and audio magician? Then I'm in!

Hope they pay them well and give them some shares

Never heard of Guns Up.. is that the only game they've done on their own?

FYI these guys have helped develop Twisted Metal games in the past. New entry in the series, please!
Reactions: yoyoyo69

"having provided support on the 2018 God of War and its sequel and Aliens: Fireteam"