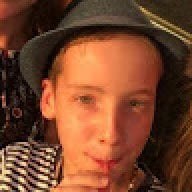 Is it possible to mod Xbox 360 games on the Xbox series X by doing a file swap similar to replacing a file in a Xbox 360 ISO file? (Not asking for iso's or ISO mods) So yes, how do i do this? I'm new to Xbox series X|S developer stuff, i don't even have the console yet. But i'm posting this for the future and other people that maybe want to do this. I do know i want a series S. Just for If that matters for the tutorial(please no talk about why the Xbox series x is better Please!)

Please tell everything i need to do, from having the game installed from the online store, and before enabling dev mode. That will make it a lot easier. You don't have to, but i really prefer it that way.

(if you don't want to included enabling dev mode, that is okay, i'll figure that out. But please include installing a file browser and which one.)


the homing attack is mapped to the boost button, so sometimes when you try to land a homing attack on a enemy, that is hovering in the air, (take the section Just before jungle joyride's end rail for example) and the homing rectile hasn't loaded in, you air boost, and fall to your death. Oh and alse because Any other Sonic game has homing attack mapped to jump, so i'm kinda used to it.
Sort by date Sort by votes
K

I haven't personally done the science, but my understanding is that it isn't possible. Dev mode runs in a sandbox, so you cannot launch commercial games from there, including through backwards compatibility. Only homebrew or other UWP apps can run there. Outside of Dev mode, signature checks are in place to prevent the system from running any sort of modified code. The Xbox One and above have never been hacked to bypass the signature checks like most other consoles.

Someone could port an unofficial 360 emulator to dev mode, such as Xenia, but given the power it takes to emulate 360, it would probably make it run poorly compared to the official backwards compatibility. Your best bet is probably to run on PC through Xenia if you have a decent PC. If you are fine with the PS2 or Wii versions of Sonic Unleashed, the system requirements for those versions would be lower and might run through the Dolphin or Retroarch emulators that have been ported to Dev mode. Dolphin and PCSX2 also have very low requirements on PC.
Upvote 0 Downvote

LOCALFOLDER missing contents whenever I FTP to my Xbox Series X

@ NoobletCheese: well scratching an itch is sort of pleasurable, in the same way taking a leak or a dump when you... A moment ago
Chat 4