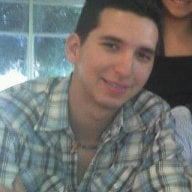 I just read the Xbox 360 Textbook.pdf and the whole time they talked about opening up your Xbox and hooking it up to your PC depending on your cards/hd, etc.

Is that the only way to do it? Isn't soft-modding just modifying firmware without having to actually touch the hardware? Is it at all possible to just hook up an external HD and run the backups from there similar to the Wii?

DVD drive flashing is available to all 360s (aside from the slim but that is en route as well). It involves updating the DVD drives firmware so there is no real way to do that aside from fiddling with the hardware.

There are ways to use a hard drive- it is known as the JTAG or SMC hack. MS blocked it though in August last year (and in machines built slightly before it) so you will need to find a previously hacked or a very old one. It involves soldering things (basic electrical devices mind you) where the DVD drive might not but it is far nicer than a DVD mod. If you want to read more https://docs.google.com/View?id=dnfmv5h_30dw33vpf4
Be aware JTAG machines are in demand so you will pay more for one.

Long story short you are going to get your hands dirty. About the only mod you can do without it now we have USB (and before that if you sprung for an adapter) is to run pirs type DLC (stuff like borderlands addon pack and fallout GOTY type stuff) and maybe some of the LIVE to CON stuff.

(civil engineering myself so mehh).

I also read that JTAG'ing an Xbox360 will automatically get it banned within hours just by logging into your dashboard. Can you confirm this?


FAST6191 said:
About the only mod you can do without it now we have USB (and before that if you sprung for an adapter) is to run pirs type DLC (stuff like borderlands addon pack and fallout GOTY type stuff) and maybe some of the LIVE to CON stuff.
Click to expand...

Not sure what you mean here. Is there a USB Loader method for the 360? Been searching but to no avail. I'd link to what I found but they're other forums and I don't think it'd do well on here.

finding then jtag'ing a console will fulfill all of your needs.
HDD/USB loading, DLC, xbla, etc... and its really not that hard to solder... i've done 4 or 5 already, and before that, had NO soldering experience whatsoever.

Minor aside- most engineers should be able to play in other engineers worlds. I know there is something of a disconnect between fields on occasion (civil especially) but even so......

Yeah bans happen within hours of hitting live (dashboard is a different matter- you can sit on a dash for as long as you like)- you can block live (or even the entire box) at computer, router and possibly 360 level and leave system link (which can be done over the internet and as long as the client machine is a JTAG the host can even be stock). It is not the most reliable site (it had some false positives last year but http://www.co-optimus.com/system/1/xbox_360.html has games with system link).

There is a USB loader method- only via JTAG though.

The other stuff
This possibly counts as partial USB loading- the 360 added the ability to use USB drives (albeit with a minor drawback of a 16 gig limit as far as what you can use goes) that can be used like any other bit of storage but it falls under the same restrictions as a stock 360.

Long story short there is one major file type used by the 360 called STFS and a few variations on that theme (CON, LIVE and PIRS). LIVE is XBLA and DLC, CON is stuff like user data (saves, profiles, custom content made by the user) and PIRS is mainly for some of the game of the year type stuff (borderlands addon disc, fable GOTY, fallout 3 GOTY/addon apparently some mass effect and a bit more) but by no means all of it (many come with a code you can use to download it all and some run directly from disc (GTA lost and damned/ ballad of agy Tony disc).

LIVE is not able to be messed with per se (you can install it as a demo if you wanted mind) and there was the MW2 glitch that could trick some of it. You can also convert some of it to a CON format (annoying, "unreliable" in as much as it might not work for a given thing and this usually includes larger files and I do not know much about it as I have been spoiled by JTAG) although most do this with the aim of messing around with maps* rather than working around DLC and XBLA.

PIRS is what is used for the GOTY stuff (indeed having checked some PIRS stuff is no different to LIVE once you are past the header and stuff like that) and can be added to a hard drive without issue (normally it is left to the disc to install it but there is no difference between disc install and you copying it over to your hard drive).

*there is a further way of disc injection/swapping and abusing NXE installs but let us not go there.

Alright well thanks for the info, Fast. I'll give it a go once I get my tools ready.

Thanks for the very helpful links again!

re open online servers in Xbox 360 games. is it possible?

@ KenniesNewName: O new jeepers creepers is out and the reviews are shit ;O 10 minutes ago
Chat 2