"We've always enjoyed SNK Playmore's long-running fighting franchise (the aptly named King of Fighters series), though we often find ourselves stuck with an inexplicable desire to see the series' adroit brawlers fly effortlessly through the air while shooting bullets out of their hands.

... No, you know what? We're not going to lie to you. We've never thought that. Nobody has, ever. Until now, that is -- Famitsu recently outed SNK's latest, and arguably most bizarre project ever: An Xbox Live Arcade shoot 'em up based in the KoF universe, tentatively titled King of Fighters Sky Stage. Based on the early screenshots we've seen, we're still trying to decide whether the game is going to be awesome or too awesome. Maybe you haven't heard: People. Flying. Shooting. Bullets. Out. Of. Hands."

Is that some Touhou? XP

Esp.Ra.De with a KOF skin? Hmm... that's not necessarily a bad thing, but seriously SNK, why? Why not just make a sequel to Ikari Warriors?

I hope it is not as hard as Ikaruga. 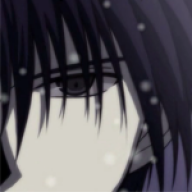 ...dammit, I don't have an Xbox >_> This would be pretty unique though XD