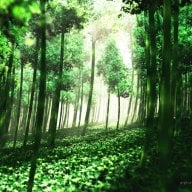 I was playing through Sector E (commonly known as the teleporting maze) when I took a break being unable to figure out how to progress with Zelenin finding the teleporter and needing certain Forma. I returned to the game refreshed and found a hidden path as usual, got what I needed and returned, finally being able to progress once more.
Shortly after, I had reached the Top of the sector where you get the initial warning, then walk straight ahead to the wall to trigger another cutscene - the one simply about returning to base.

This is where my troubles start. When I return to the base... Nothing happens. At all. It's like when you return whenever you're not in the middle of a story event. You can interact with everything, except for the two in the Command Room - if you do try speaking to them, the game crashes and Luma throws a whole error screen.

I looked up LPs and other things to make sure I wasn't perhaps missing something - even going as far as to google many keywords relating to my issue - but nothing seemed wrong. Other players headed straight back and got their well-deserved cutscene while my situation seems completely personal. I'm just not able to progress anymore because of this softlock. It's reminding me of the bug in VLR, and the time I wasted having to get back to my point, but that's something else entirely.

I'm basically wondering if anyone who played the game can fathom why I'm encountering these issues. It sounds like it's the work of possibly an in-game flag being screwed up but I'm sure the chance of sequence breaking is practically zero for me. I have a field save right before entering the Red Sprite and a save before I get the forma and check the portal but I've made three different attempts to walk around and figure out if I can fix things to no avail.

That being said, if this is just a lost cause and no one has a clue about what's going on, I will probably have no choice and will have to start over or something. If anyone is able to upload an early-game save at least, or, amazingly, have one for the start of sector E at least, I would appreciate it as I just don't know what to do anymore (18 hours down the drain kind of sucks).

tempBOT: @ Julie_Pilgrim is learning spanish and has no idea wtf theyre doing 4 minutes ago
Chat 1