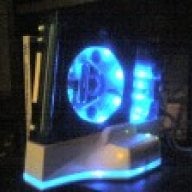 that is right , its out

BiOSHOCK is proud to present you ;

Harry Mason and his daughter Cheryl are heading to a small midwestern resort
town. Suddenly, Harry sees a dark figure in the street and swerves to avoid
it, causing a serious accident. After coming to, Harry realizes that he has
smashed the car and Cheryl is missing. You must guide Harry through the
strange town of Silent Hill town while he searches for his daughter Will Harry
be able to save his daughter and escape the town in Silent Hill?

Designed to make full use of the Wii's unique controllers, Silent Hill:
Shattered Memories uses the Wii Remote as a torch and cell phone as Mason
looks for clues. The torch is vital for scouring the darkened, abandoned
buildings of Silent Hill, while the phone acts as a secondary user interface
allowing the player to access maps via its GPS capabilities and take pictures
of interesting elements. Likewise, the Wii Remote also can be used to pick up
examine and manipulate items to solve puzzles along the journey. Such tech
nology was not available when the original Silent Hill was released in 1999
and its inclusion showcases Konami's determination to enhance the playing
experience with new, available technology
V

......before the other topic was closed what I've said about the scene ?
IT sucks.

Oh for the love of god.

I guess it was pointless to get anxious about sanoblue and troy.

Ah well, props to them for attempting to get on the dump quickly anyway.
D

Yeah, but still missing the most important information... don't you think???
V

as far as I see they have only made and .nfo file with wrong informations.

For me sanoblue and troy are still ahead.
D

What wrong info? The group is called BiOSHOCK, not the game!!!

i am. I figure an alternative place to grab it is always good.

Mind you, I won't post updates about how far along I am now, I don't really feel like breaking more rules.
S

veggav said:
as far as I see they have only made and .nfo file with wrong informations.

For me sanoblue and troy are still ahead.
Click to expand...

The game is called shattered memories not shattered dreams.

Thank you so much, Troy!
V

Maybe it's just .nfo missinformation like the game title.

Anyway, off to bed.

I'll only be able to play this in the weekend, hellweek, a lot of tests, end of the year.. you all know what I'm talking about (I guess).

The 93rd part is partial, man...relax. All following that last thread did for me was affirm my hatred towards torrent. I appreciate the effort, guys, but I do not appreciate waiting all day for links to a file that was abandoned halfway through uploading.

I'll never download another game that isn't a scene release solely because of this crappy experience...like I said, I understand it's not for lack of effort...it's because I do not appreciate wasting an entire day on a partial download that is never going to be completed.

All I want to do is play friggin' Silent Hill, and that's obviously not happening. See you when the scene release is posted to an upload site.
M

Well, I cant get this to work. Just gives me a "no disk" error once the game starts. Awesome.