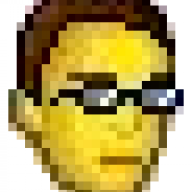 At the 20th meeting of Shwe Kyin Nikaya religious order in Hmawbi township, two monks are likely to be promoted as deputy head monks, as wished by the order’s head monk, said the joint master of ceremonies Ashin Thiri Kizanar Biwuntha.

“Two leading monks will jointly become head monks. The selection will be according to the wishes of Shwe Kyin’s head monk,” he said.

The meeting, which began Monday and continues through Wednesday, will be attended by over 800 Shwe Kyin monks, including 60 foreign monks from 18 countries.

what do you think of this now? are the new mr monks gonna be as good as the old ones were or did shwe make mistakes?

Soo...
Tl;dr A head monk died and someone follows in his footsteps?

I'm sorry chap I don't want to sound rude but <1% of temp follows that religion.
Perhaps 1%.

yes ovadacariya dies at 100 (very old!!!) as head monks, and to take over after him is now joint of the two monks isntead of one which we is used to!
Reactions: Xzi

Not something that would normally catch my eye in news, thanks for the info.

This Week in Gaming: March 13