Sega announced the sequel of "Shining Soul" in Japan.

The game will follow the line of the first episode: various levels where you have to fight creatures and a final boss to defeat. There are a total of 8 job classes to choose from: Ninja, Brawler, Monk, Wizard, Soldier, Dragon Knight, Sorcerer and Archer. Other new elements include new actions such as cooperation attacks, throwing items, and blow-out attacks. Shining Soul 2 is scheduled to release in Japan this summer.

[/p]
Have a look here for all the screenshot. 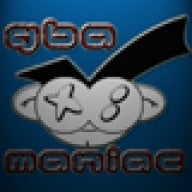 Comments disabled on this piece of news. Use this thread instead