This is a port of Serious Sam: The First Encounter and Serious Sam: The Second Encounter (Classic, not HD) based on Ryan C. Gordon's fork of the Serious Engine source code release.
It is still very janky and barebones, but after not working on it for 4 months I decided to release it rather than leave it rotting away in the dark corners of my hard drive.

To install The First Encounter:
- unzip ssam_tfe_nx1.zip into the /switch/ folder on your SD card;
- copy over all the folders and files from your game folder, except the Bin folder, to /switch/ssam_tfe/;
- do not overwrite anything if it asks, or you will lose the default settings.

To install The Second Encounter:
- do the same, but use ssam_tse_nx1.zip and /switch/ssam_tse/.

And it will get official port on new Fusion engine too. So this is cool, but better Serious Sam port are coming to Switch.
Last edited by Kryak, Dec 29, 2019
F

oh yeah! serious sam is very good thanks for the job! 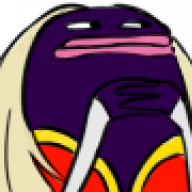 Strangely, 2nd encounter not working for me (instant crash) but I used the same method for both.
F Nice work man! I'll give this a try later.

Oh yeah, now we are cooking.

So it works with 4 controllers?

fgsfds said:
So it works with 4 controllers?
Click to expand...

As you already said, stuttering is a big problem once the enemies fill the screen. I have played First Encounter for about an hour and performance drops a lot until you clean the screen.

I have played with the default settings, disabling dynamic lights helps a lot there. But it would be great if you find a way to improve the suttering, since the regular framerate is perfectly playable.
Last edited by stranno, Dec 31, 2019
F

Sadly I have no idea why the stuttering happens at all. I've been playing with the settings, but none seem to change it that much, aside from dynamic lights. 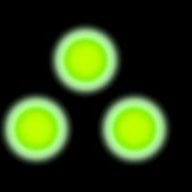