Likely. (Files might have to have some size so that the load takes a certain time, dont use 0 byte. ) I can close a few more open leads as well. Played they game further. Could produce another transition into a cutscene - which played without an issue (no type 3 sound clue beforehand) - so its not filetype related (video file). And the next cutscene that triggered, with a type 3 playing at the same time, later in the story progression crashed the game again (subtitles disabled, so less race conditions), this time with a new scummvm error log stating "river cutscene not found". But its there. So its the read issue triggering on the cutscene at that stage.

When you try to load one file several times (or multiple files several times (you might have to address multiple files?)) make sure you try more than two threads at once. Because the "small crashes" (pick up paper, enter cafe) can not be reproduced anymore. So maybe race condition for 2 simultanious accesses is fine, but not for 3 or 4.
Last edited by notimp, May 20, 2018 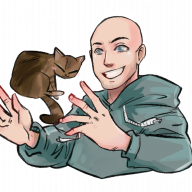 Scummvm is awesome and anyone who ports it is automatically awesome.

Did anyone happen to test Rama, or any other SCI32 game? Cheers.
Reactions: lordelan
M

Rama just crashes upon launch and throws nintendo error 2011-0301 whatever that means...

The same error appears when I try to launch The Neverhood

The same error appears when I try to launch The Neverhood
Click to expand...

Ok thanks, that's a shame. 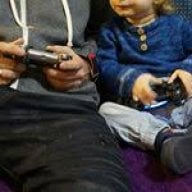 Hi, first of all sorry for my bad english.


I've been testing this emulator and works very well, but I found little issues:

- The problem with the music in Monkey Island 3 of the first post
- Lands of Lore (CD version) crash when we starts walking
- If I put my switch in sleep mode (5.0.2) , when its awake, the music sounds very bad.

And one question: It's possible to add mouse support in the future (dock mode)?
S

Any news on direct touch support?
I

Is this still being worked on? I noticed it is in the completed section, but there is a lot wrong with the emulator.
Reactions: machine69_420
M

iBlackSunday said:
Is this still being worked on? I noticed it is in the completed section, but there is a lot wrong with the emulator.
Click to expand...

Must agree. Is this project dead?
C

It isn't, but I do have a very limited time to develop, and I have a lot of ongoing projects. I'll be back to it, someday. In the meantime, everyone with some skills can help.
Last edited by cpasjuste, Jun 27, 2018
Reactions: swisstoni, lordelan, hippy dave and 3 others

cpasjuste said:
It isn't, but I do have a very limited time to develop, and I have a lot of ongoing projects. I'll be back to it, someday. In the meantime, everyone with some skills can help.
Click to expand...

That's reasonable, you've been pumping out a lot of great Switch homebrew.

Do you know what might need to be looked at re: the error Rama gives? Cheers.
Reactions: lordelan
D

I just finished Fate of atlantis on 4.1. It worked great except of some sound issues after sleep. (some clicking sounds)
Now i wanted to try Dott Talkie but it always crashes when opening the hidden door clock...
Last edited by DJravingMonkey, Jul 11, 2018
C

Canzah said:
I don't see how this is called Complete when pretty much much nothing works properly or stable and a lot of stuff straight up doesn't even boot, can't remap buttons either so forget about ever playing anything that requires use of F1-F12 buttons among other things.
I understand you're busy but this is just straight up lying by calling it completed when it's clearly not.
Click to expand...

Well, the title tag is an error.

Else, it's an open source project, so if your not happy with the current state, you can also spent some time on it to improve it, like I did spent tons of hours to have it running, at a good speed for most engine and for free for little kids like you.
Reactions: DollyWhipDoll, machine69_420, FR0ZN and 2 others
F

Canzah said:
I don't see how this is called Complete when pretty much much nothing works properly or stable and a lot of stuff straight up doesn't even boot, can't remap buttons either so forget about ever playing anything that requires use of F1-F12 buttons among other things.
I understand you're busy but this is just straight up lying by calling it completed when it's clearly not.
Click to expand...

You should feel stupid and ashamed, @cpasjuste owes none of us anything he is doing this for free in his spare time.
All his other projects are excellent and I'm sure Scumm will get more of his attention when the time comes.
Reactions: DollyWhipDoll and thefunkygibbon

Most things you said are very Switch specific things. In general this is a PORT of the mainline of ScummVM to the Switch so in most cases what works on PC ScummVM works on the Switch as well (apart from button mapping and stuff).
I spent many hours with this fantastic homebrew and as it is, it is completed. Things may be added as "features" later on to make it more Switch specific and nicer.
Last edited by linuxares, Jul 10, 2018

Congratulations on immediately jumping on hate bandwagon like complete fools instead of reading my post with reading comprehension, the only thing I have problem with is the emulator being tagged as Complete when it's not. I'm simply saying it should be appropriately described and tagged to not misinform people, not that Generation Z with attention span of a fly like you two would know that, it is you who should feel ashamed for not being able to read.

Edit:
And before you claim my words are too harsh, it's common courtesy both to inform people on state of something you distribute as well as reading what a person has issue with to begin with before you start calling him ungrateful.
Last edited by Canzah, Jul 9, 2018
Reactions: machine69_420 and lordelan
F

Canzah said:
Edit:
And before you claim my words are too harsh, it's common courtesy both to inform people on state of something you distribute as well as reading what a person has issue with to begin with before you start calling him ungrateful.
Click to expand...

And saying that the author is a liar is not harsh in your opinion? You are telling me your way to inform people, that something might not be right here, is to first make accusations in a non constructive way?
You could've said what you did in a completely different manner than you did, without sounding like a brat.
Three people here (including the author) understand your words as an verbal attack for something that MIGHT be a bug or error (which it turned out to be in the end).
Reactions: DollyWhipDoll
D

Damn. Where's that 1 that likes to clean up threads.
Paging @linuxares

Didn't know calling devs liars is appropriate behavior. Maybe you can handle that and relabel this thread as WIP.

@cpasjuste Thanks for working on this! I'm a diehard fan of all the old Lucasarts games and can't wait to replay them on the switch. I appreciate your efforts!
N

First things first, what cpasjuste did for this community - and the timeframe he did it in, is beyond the "i have an option" level easy nag or criticism.

Just three examples of going far beyond what was expected, he released a working version of a Neogeo/CPS1+2/Genesis emulator on the first day, the Switchbrew hack (first HB hack for the Switch for most people) was released.

- He was the first and only one that actually thought about integrating the Switches different control modes in his emulators (turns out its hard to do it conceptually, because of detached controllers being able to mean both "one controler mode" and "two controller modes", with the same amount of connected controllers ).

- He brought touch screen support to Scummvm, that was so good, that it actually was optimal in the first beta of it he released.

- He ported the first dual analog stick 3D shooter interpreter, that actually could be used by most people, ...


That said, asking if a project is dead - is fine. And the answer its open source, and time to dedicate to it is an issue, is expected.

But also - ScummVM stables are usually dare I say "bug free" the community that works on the mainline project puts an insane amount of time into testing, understanding and recreating each and every engine - and when a game reaches "fully compatible" status - its usually better supported than the original install on a DOS or Windows PC. So to see a ScummVM Port with entire games not working, or crashing midway through playing is -- in a first reaction, somewhat disappointing. Taking the act of conjuring the port into existance for granted. Because of course you do, we are on the internet.

That said, the issues seem to be at the intersection points of libnx and Scummvm.

Meaning. The Scummvm port has racecondition issues, when accessing multiple files in short succession (/at once) on the sdcard. Every other emulator, just loads the entire rom into memory - and thats it.

Those that dont (Genesis Plus GX core of the Retroarch NX port, when handling isos with coresponding audiotracks (mp3, ogg,...) ) - crash as well.

So this actually seems like an upstream issue, where the libnx library is to blame - and the emulator is not.

At least from an outside perspective.

There are other interaction issues - that also stem mainly from other people not thinking their concepts through.

HBL for example cant launch any HB via a touch action - so you cant deactivate controllers while using any homebrew. Also nothing that Scummvm can do about, but something that "holds it back".

HBL also doesnt recognize hold right to advance right, which shows you with what level of thought those interfaces get designed.

The "odd sound after resuming from standby issue" also all libnx ports suffer from. So again - thats a libnx issue, not the fault of the port.


But in essence - a Scummvm port that doesnt allow you to play through DOTT, can only be described as lacking. From a meta perspective. There is some truth in that as well.

edit: cpasjuste was the first one who had non integer scaling (full screen emulation with correct aspect ratio) going on his ports, he still is the first and only one who has working screen filters in one of his ports, his SNES ports seems to run with less overhead than retroarch nx (could be imagination), ...

So the list goes on.
Last edited by notimp, Jul 17, 2018
Reactions: thefunkygibbon

@ KennieDaMeanie: Let gravity be the parent 38 minutes ago
Chat 0