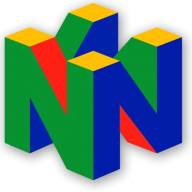 You may (or may not) remember me from this post: http://gbatemp.net/threads/request-pokemon-stadium-1-save-game-file-with-amnesia-psyduck.426268/

I was on the hunt for save files which contained the prize pokemon from Pokemon Stadium 1 & 2. Luckily, I found enough save files online which had some of the prize pokemon available but some weren’t. So I combined them all. Using an everdrive and physical GB carts, I transferred pokemon back and forth between save files (and unlocked a few on my own) in order to get a complete set of prize pokemon from these two games. And today I am releasing it to the world, as gamers of the VC versions of Pokemon RBY won’t have a chance to obtain these pokemon anywhere else.

I’ve included save files for the N64 games as well as the Gameboy ones.

N64 saves are based on the PJ64 saves available on the internet but are save swapped using saturnu’s program to work on the everdrive 64.

I also made pikasav format PKMN files which can be directly imported into your save. All PKMN files are from inside a box, so when importing them, please make sure to import them into a box and NOT into your party. Note that I just randomly selected one of the multiples I have in the gb and 64 save files, so if you’re on the hunt for one with better DV’s I ask you to explore to save files, as there may be some that are stronger than the pkmn files.

I credit the original gamers that unlocked these pokemon on their games. Most of them were unnamed or lost during my journey, but Amnesia Psyduck was all thanks to hug0-a7x @ GBATEMP who helped me out here http://gbatemp.net/threads/request-pokemon-stadium-1-save-game-file-with-amnesia-psyduck.426268/ . I also want to thank Jackster for the save states uploaded to Zophar’s domain, though I also think it would’ve been a tiny bit nicer to include the Amnesia Psyduck in that save . And finally, I want to thank the guy who made available the saves at this site http://www.platypuscomix.net/interactive/saveyoursaves2.html because the pokemon yellow save has stadium pokemon in it that I used (that have not been trained)

Can the NTSC version of Pokemon Stadium 2 play Japanese Pokemon games with the Transfer Pak?

Is they're a way to import rental pokemon into a emulated version of pokemon stadium games?