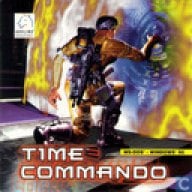 What's a good method of hacking my xbox for backups and homebrew While not having to worry as much about getting banned on xbox live. Is my best bet modchipping or something else?

It's either backupped games and XBLive.
Or both and no Live.

XBLive + backups is also referred to DVD flashing.
It depends on your drive and you need some hardware.

Homebrew and backups is also referred to RGHing.
you need to install a chip for it.
(you can do an RGH with XBLive on a dualNAND but judging by your post it's not recommended)