Gaming Rumor：Wii U will be in stores this November, claim retailers 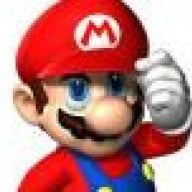 Nintendo is targeting a November 18, 2012, North American launch date for the Wii U. At least, this is the latest rumor stemming from the leak of two separate pieces of retailer correspondence; both of which indicate Nintendo's next console will land at least one month before the holiday season.

Wii U's alleged launch date was first posted to WiiUDaily. The site claimed it received an email from Japanese retailer Media Land confirming the Wii U will arrive in North America on Sunday, November 18, 2012, followed by a launch in Japan one week later.

That date was again mentioned in this internal GameStop email obtained by IGN:

This seems to be pretty similar to another thread.

Gahars said:
This seems to be pretty similar to another thread.
Click to expand...

Oh, didn't notice that, my bad, can someone just lock this thread!

Gahars said:
This seems to be pretty similar to another thread.
Click to expand...

Oh, didn't notice that, my bad, can someone just lock this thread!
Click to expand...

No problem, it happens from time to time. I made a similar mistake just yesterday.

Why was a Wii U version from Dead or Alive 5 never released?