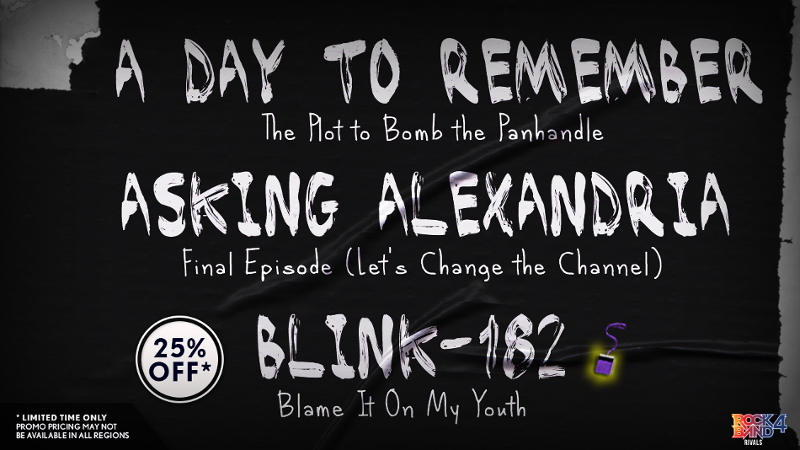 For those who are still rocking hard on Rock Band, it seems that the Rock Band series is not going away anytime soon. There's new DLC for Rock Band 4, made available on August 1st. The DLC includes two tracks that were previously released on the legacy Rock Band Network (A Day to Remember's "The Plot to Bomb the Panhandle", Asking Alexandria's "Final Episode (Let's Change the Channel)"), and blink-182's "Blame It On My Youth" which makes it's debut in the Rock Band series as part of the Rock Band Rivals Season 12 Spotlight Pass. "Blame It On My Youth" is available from now until at least August 15th as a single purchase for USD$1.49. The other two are available individually for USD$1.99, and the entire Season 12 Spotlight Pass for the Rock Band Rivals part of Rock Band 4 is USD$11.99.

Made some changes, I discovered that the two not on Rivals were available on RBN. You can browse all legacy songs here: http://www.harmonixmusic.com/rock-band-legacy-songs/
Reactions: Alexander1970