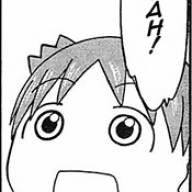 Greetings! I'm looking for help on this problem I'm having on USB loaded Rock Band 3.

When I'm playing DLC songs on guitar or bass (the only instrument I own), the game very frequently registers my inputs late. I would press a button or hit the strum bar, but the game wouldn't recognize it until some frames later, making me miss. This only appears to happen on the DLC songs, or songs that are loaded from the SD card. The songs that are included with the game work with no issues.

I've tried several SD cards, two external hard drives and even replacing the game's .iso, but the issue still remains. Any ideas or anyone had this happen to them too? If it helps I'm running the game on an NTSC Wii using an NTSC .iso and USB Loader v. 3.0.
N