In Ripholes, players traverse levels mainly by moving side to side and jumping. Objects found in levels will sometimes augment the player’s movement, such as a spring that launches the player or a rope drawn in that allows the player to swing from it.

With creative artwork, original soundtrack, a dedicated team, and even coder bios and concept notes Ripholes in Rubbish is realistically a radical game!

Shouldn't this be Homebrew news ?

Interesting game, but it just seems a lot like Drawn to Life.

It should be, I've moved it.

It should be, I've moved it.
Click to expand...

I just clicked Submit News on the homepage. It didn't give me an option where to file it. Thanks though. 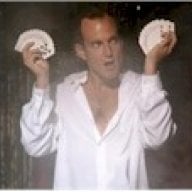 Wow 19.2mb. Larger than most homebrew games I've seen. I can't wait to give it a try.
D

Couldn't get this to work on my M3i Zero. Crashes upon startup.

Not working on AK2i.
L

Works fine on my Supercard SD.

Not that good of a game, in my opinion. Mainly because of the long loading times that you have to sit through right before every single level. Even if you just fall, you have to wait 4-8 seconds to be able to restart the level. Not my cup of tea.
B

Not working on my M3 DS Real either.

I wanted to give this game a try.

slow load on AK2i but loaded, froze at the "tutorial level"