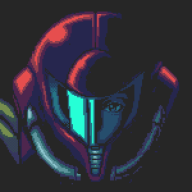 About 1 week ago I bought a second hand Corona 360 RGH2 (picture attached) with FSD3 on an external USB hard drive since I figured out it would be easier than doing it myself, plus after factoring the cost of a clean console + chip it would actually be cheaper as well.

It was a pretty bad setup BTW, the dashlaunch configurator/installer wasn't found in the drive and the paths were all mixed up (several games showed up twice, not just multidisc games but even Arcade ones). Once I copied over the dashlaunch installer I found that options where all over the place too. Fan was set at 100% on dashlaunch and 75% in FSD for example.

Yesterday I decided to start fresh and setup Aurora on a bigger internal hdd (since that seems to be what all the cool guys are doing ) and, to my dismay, I found out that the DVD wouldn't work as in it wouldn't open the tray. At first I just thought it was stuck and opened it manually (via the clip method) but it still wouldn't open or close and putting a disc in and closing it manually didn't do anything at all (FSD and the stock dashboard stay at "opening tray").

Now, since it's my first time with an RGH 360 I hadn't thought anything about the constant blinking on the power button but I later found out that it was related to a DVD drive error. I contacted the seller and he told me that he had bought the 360 pre-hacked as well and that the guy he bought it from told him that he "blocked" the DVD drive to "prevent updates".

Now what I need help with is:

1) Does that "block" makes sense? As in, is that a thing? If so, how could I correct that? Google didn't help as all I got were "how to open your stuck dvd drive" tutorials.

2) Let's say that instead of blocked, the DVD drive is just dead. Is there a way to setup a fresh FSD/Aurora install without a working DVD drive? I have quite a few physical 360 games but I could just download them and copy over FTP if needed so the presumible "dead" DVD drive wouldn't really bother me.

3) If a working DVD drive is required, what should I do? Should I buy an "unlocked" drive board? As the ones sold by "ltu2 pcb" on ebay (sorry, can't post links ATM). Or just a new drive altogether?

Block a DVD drive to prevent updates?
That's a first...

Idk what he did but you should follow me tuts on updating your hardware hacked machine and me tut to install FSD (just substitute for Aurora)
That way you're assured of having a stock hacked machine.

If the DVD drive is dead then you'd have to either spoof the OSIG in the keyvault or flash the drive.
I'd say spoofing the OSIG is easier as drives from Coronas are expensive to flash.
You could theoretically get a drive from a Trinity and use that.
Reactions: TRWOV

Idk what he did but you should follow me tuts on updating your hardware hacked machine and me tut to install FSD (just substitute for Aurora)
That way you're assured of having a stock hacked machine.

If the DVD drive is dead then you'd have to either spoof the OSIG in the keyvault or flash the drive.
I'd say spoofing the OSIG is easier as drives from Coronas are expensive to flash.
You could theoretically get a drive from a Trinity and use that.
Click to expand...

Thank you for your assistance

Ok, another question, do the symptoms I listed point to a dead drive? (drive not opening/closing and the xbox not knowing if it's open or not) Can FSD work with a dead dvd drive?

You could stop the blinking of the ROL by jumpering 2 pins on the DVD power connector.
Idk which ones anymore but yes, FSD and Aurora work w/o DVD drive
Reactions: TRWOV
T

Depending on the drive, one option may be to first physically inspect the drive to see if they e.g. just unplugged something and another option may be to try reflashing the firmware using the key from the keyvault.

IIRC years ago I had to flash the drive at one point to allow for a software update to work (XGD3?).
Reactions: TRWOV

Inspecting the drive physically is a good idea yes.
However, a drive from a Corona can't be flashed that easily.
If the logic board is functional, you could swap it to a new drive.

And yes, you remembered correctly, back on dash 13599 iirc, all the drives (except Sammy and some Hitachi drives) of all previous 360's got a firmware update to allow the new XGD3 games to be read fully.
The drives that didn't got a FW update completely ignore the topology data anyway.
Reactions: TRWOV and tech3475

Very well then, thank you both for your input. Hopefully the drive is just disconnected and that's it. I'll let you know later how it went.

A final question: if I plug both an internal and external HDD is there a setting I should change in dashlaunch or something?

The internal drive is already formatted (I formatted it in the MS dash).

I'll google around a bit but maybe you already know what should I do.

External HDD should be FAT32.
Loading games off off it is just a matter of setting your scanpath to your external.

I'd say follow me tut on how to install FSD.
It deals with you having a stock hacked machine ;]

DinohScene said:
External HDD should be FAT32.
Loading games off off it is just a matter of setting your scanpath to your external.

I'd say follow me tut on how to install FSD.
It deals with you having a stock hacked machine ;]
Click to expand...

oh sorry, no, you're mistaken, the Xbox already boots to the external drive, it was like that when I got it, but after putting an internal drive in the Xbox and having the external drive plugged in, it didn't seem to boot (or at least it didn't boot in a time frame I considered reasonable), hence my question about a setting that could explain that behavior.

Once I get back from work I'll try again.

EDIT: now that I think about it, after Xell Reloaded boots up, I recall seeing an IP address. Does Xell Reloaded have an ftp plugin built in or something?

I guess I'll have some googling to do in the afternoon
Last edited by TRWOV, Sep 20, 2018

Hmm, that's odd.
Booting to the MS dash with just the internal works?

Normally there's nothing preventing it from booting...

Oh, I should mention that RGH consoles can take a while to boot, depending on how good the install is and how tweaked it is.
Reactions: TRWOV

hummm, maybe I didn't plug the external all the way in or something then. I'll try again and see how it goes. Thank you
Reactions: DinohScene

Hurra! I installed Aurora alright. I suppose I just didn't put the USB plug all the way in.

What I ended up doing was taking your launch.ini (from the xexlivecd) and substituting Aurora in the paths. I removed the Fakeanim path though. As I understood, that's for when someone wants to replace the boot animation(???).

After that I copied the Aurora, launch.ini and Dashlaunch 3.19 folders from my PC to the external HDD, booted into FSD and copied everything to the internal, ran dashlaunch and loaded your launch.ini file. After rebooting, voila! Aurora loaded up.


I'll look later into the DVD drive issue when I replace the stock TIM. Hopefully it's just disconnected.
If dead it's not a huge problem but hopefully it isn't since that would save me a lot of time as I could just dump my games directly.

Anyway, thank you for bearing with my noobness
Last edited by TRWOV, Sep 21, 2018
Reactions: DinohScene

Yup, Fakeanim is for the people that want to replace it.

No prob lad, if you call that noobness then you're one the most advanced noobs there are haha
Reactions: TRWOV

Hacking Corona v1 16mb with ACE v5 not turn on

@ wiiuepiccpu: man this feels, werid A moment ago
Chat 11