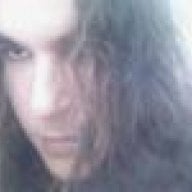 So I haven't been following RGH stuff very much. I know the Demon is coming out soon, but I don't know much about it. What all do you need nowadays to RGH a console?

Demon is just Xecuter's dual nand setup. Hardware needed to glitch has not changed. A glitch chip, a way to program if it's blank and a way to dump your nand, either with a usb dumper or though lpt port (slow).

Few things have changed on what can and can't be glitched though. Xenon can be done now, although it's unreliable and is pretty much just for grabbing dvd key and phat consoles on 14717 or above can't be glitched for now.

I've read this also, but am unsure why this is the case. Something about a leak at TX and M$ patching something to stop the read of CPU keys...
Can any of this be cleared up more?

Phats not being glitchable has nothing to do with the key block, well not directly anyway (obviously still need it to make image).

14717 blocked key retrieval on both phat and slim. Far as I know there was no leak. Another group of people released an update to allow 14717 and above to grab the key on the slim. TX then released theirs and had their usual little dig at other people, saying it was easily patchable and shouldn't have been released yet.

Phat had something done to the CB in the update, I'm not sure exactly what, but it blocks the old way of glitching them. Even if you have your cpu key, you can't glitch them. TX is working on RGH2, which will work on them, but will require new programming on the cpld and and different wiring.

Is there any way to dump Aurora's database of my games list to a .csv or even a txt file?