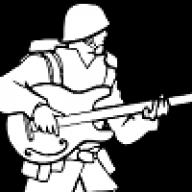 Nintendo’s latest Tetris installment for you Tetrimino junkies, welcome the newcomer Tetris DS. Mixing the popular Nintendo franchise characters with the classic Tetris formula and putting it on Nintendo’s new WiFi Connection has made it an instant hit. Along with the classic Marathon mode, there is Push Mode, Touch Mode, Catch Mode, Mission Mode, and Puzzle Mode. Plenty of nostalgic Nintendo and classic music is blended to create an almost perfect Tetris experience for the DS.

Gameplay
So, along with the original Tetris, there are the new modes. However, the Tetris formula has been tweaked just a little bit. For instance, like Tetris Grand Master, you can now rotate the blocks after it has hit the ground, letting you infinitely rotate the block to give you time to think. Some see it as gamebreaking, but it is almost necessary in the later levels, where the speed of the falling blocks is so fast, the blocks just appear on the bottom of the screen. There is also a hold button, the L button, which lets you hold on to that precious blue I block for when you need it most. Push Mode is a two player game, where you have one player on each side of the screen, one on the bottom and one on the top. The objective is to push your opponents Tetris stack to the top of their screen by clearing lines. Another mode, Touch Mode, is more of a puzzler, where you use the DS stylus to rotate blocks, which are stuck in a tower, to release the balloons at the top of the tower. Catch Mode, involves the Metroid series, where you must use a base block to catch falling Tetris blocks, and form 3x3 squares or more and detonate them to destroy falling Metroids. Mission Mode has you playing regular Tetris, but you have to comply with certain missions, such as getting two Tetrises in a row, or to clear 4 lines using an L block. Puzzle Mode lets you pick blocks in a certain order to clear all the blocks on the screen in the end. But, the best mode of this game is definitely the WiFi versus feature. You can play up to 4 people online, worldwide, and set the smackdown on everybody. In local multiplayer, you can face up to 10 people with a single cart, making for some exciting Tetris play. This is the original Tetris, with extra modes to add some meat to those skin and bones.

Graphics
The graphics are colorful, vibrant, and everything you’d expect from a Nintendo game. The backgrounds add a subtle touch, for example, in Marathon mode, you would have the Tetris game on the bottom screen, while a video would play on the top screen, such as Mario running on level 1-1, or Zelda running through a few original top down levels. They even show CluClu Land, which is an extreme throwback of very old characters.

Sound
The sound is wonderful as well, having original composed pieces for every game that is included in the Marathon mode. This means all of the old classics have their original songs remade into modern day DS music. It’s an awesome tribute to some old school favorites, such as Balloon Fighter, Ice Climbers, and Excitebike.

Lasting Replay
The replay value on this game… c’mon, it’s Tetris. This is the granddaddy of all puzzle games, with even more puzzle games added to it. You have WiFi to battle your friends online and random strangers all around the world, you have plenty of competition in high score modes around the world, and there are the addictive Tetris points, which you can compare to see who has the most Tetris skill.

This is an excellent port of the original Tetris game, which should be experienced by all people who own a DS. It can be enjoyed by anybody, since it is a classic formula with a modern day take. If you have a DS, this game is the equivalent of peanut butter and jelly. Tetris and DS go together so well, because anybody can pick up and play this game. 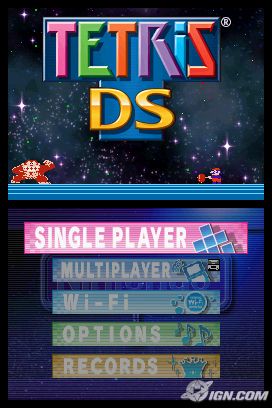 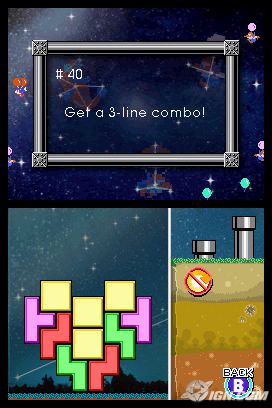 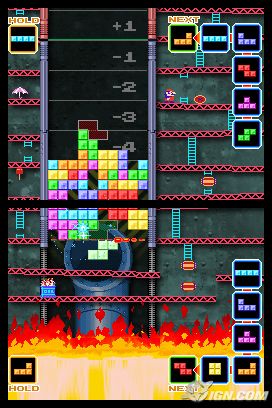 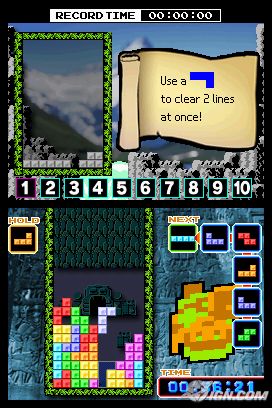 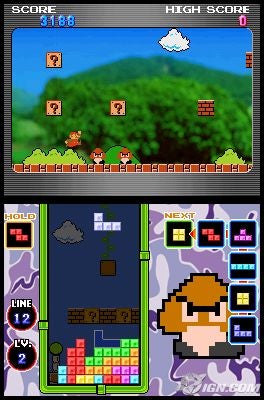 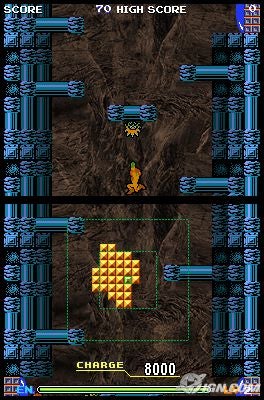 @ katebeyond: Monster Hunter Stories 2 Save Does anyone have a 100% complete storyline save? 8 minutes ago
Chat 1