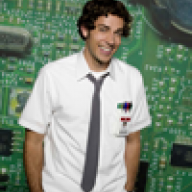 This review is originally from awsumgamer.blogspot.com

NSMBW is a game that most will love. Its a fun game, like most Mario games, and has excellent re playability. On the other hand, the game is really short, and at times, incredibly easy. You cant really hate it, but still it feels like i have seen a lot of this before, which leaves something to be desired. Read on to find out more.

So right off the bat, the game gets to the main point, the princess has been kidnapped. Bowser Jr. and his gang come hidden in a cake to the Princesses birthday party, snatching her away right in front of everyone. This marks the start of your journey.

The first world is the easiest as usual. Right off the bat though, a new power up is introduced, the propeller suit. This power up lets you fly up in the air for a limited amount of time by shaking the Wii Remote. This comes in handy very often and does add a little bit of a "New" feeling.

The second new power up is the Penguin suit. This allows you to freeze enemies, like with the ice flower (which is still here though sharing the same ability), and also slide over ice like a penguin. This is kinda fun, but somewhat unnecessary. This hardly ever gets used but in one level and in the swimming levels, where it lets you swim more maneuverably and faster.

The levels in this game are very fun, and some are quite interesting, adding to the new feeling. The 3D objects like the flying mantas etc. are a rare but interesting platform. The level design is great, like the previous, so expect some challenges.

This brings me to another new element, implementation of the Wii Remote. Other than just being used for the propeller suit, this is also used in world. In some levels, tilting the Remote causes the platform you are standing on to shift in other directions, allowing you to access things you couldn't before. This is interesting, but sometimes frustrating when you have to do it for long periods of time, hindering your ability to actually control your character. The Remote is also used for picking up some objects like blocks and frozen enemies, by shaking the remote while pressing one.

Another new feature is the Super Guide. Contrary to what was thought previously, the super guide is not accessible at will. After dieing many times on the same level, a green box appears at the position where you are starting the level, whether it be a checkpoint or at the beginning. By hitting this box, super guide is activated. This calls in Luigi, who will then play through the level flawlessly. You can then interrupt this whenever you want to start playing, and you will play as Luigi, from wherever you stopped him. If you then finish the level as Luigi, you will be given the option to play the level again without super guide, or to skip it and call the level done.

The most notable new feature is multi-player. This is where it gets bad. Don't get me wrong, the multi-player is fun, but can turn bad quickly. Friends will quickly become enemies here, as there is almost no possible way to stay Co-Op the whole time. You will knock your friend off the edge, steal their mushroom, or die and take a life away from the pool, and vice versa. It ends up being a backstabbing competition where you are just trying to finish before the other guy. But then you realize how ridiculously fun it is to compete like this. In other words, don't go in to multi-player expecting it to be the ultimate Co-Op experience.

There are some other small new things i wont get into with detail, like having to save the toads from blocks in levels, and some plot twists (not really but kind of).

All in all, NSMBW is a fun game that you will enjoy playing again and again, with friends or without. Yes it has its problems, but i don't think that everyone will see them as problems, but more as things purposely implemented to make the game more challenging. But in the end, everyone, experienced as a gamer or not, will enjoy this fresh new addition to the Mario series.