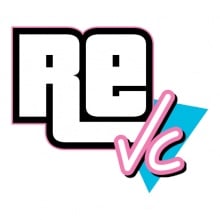 Graber just dropped by the announce a public build of the Switch port of the ReVC project has been released. If you combine it with the assets from the PC version of GTA Vice City you can play it on your Switch.


release notes said:
reVC was based on the work done on re3 (pretty much just like how GTA VC is based on GTA 3), made by the same team. Just as with re3, it was relatively easy to port over to the switch because crossplatform code and libraries was already available.

Only 30fps with the frame limiter on is supported for now: you can turn off the frame limiter but a number of still unfixed bugs related to high framerate might be present. There can be occasional stutters. You can configure graphic options on the graphics setup menu. Settings are mostly like the PC version aside from graphics, display and controller stuff. You can choose from multiple controller layouts, configure audio, graphics, language, etc. Saves are stored on the userfiles folder.

Because of sd card read speeds, some audio might take longer to load than usual (eg. radios, cutscene voice lines). Thanks to an update, this doesn't stutter the whole game anymore, but it will still take a bit to load them.

You might want to turn Free Cam on under Display Settings, to enable camera controls like in GTA SA and other newer games.

You need to obtain the original files of the game legally for this to work! You can buy the game on Steam as well as in the Rockstar Games Official Site.

Quality of Life patches and bugfixes that aren't present in the original PC version are already included, so there's no need for mods like SilentPatch and etc.

Download reVC-switch-gl3.zip from the previous link, which should contain a folder called reVC-oal-master after uncompressing the contents.
Create a folder called reVC inside the switch folder on the root of your SD card (so you get a reVC folder inside /switch/), and create a userfiles folder inside it as well.
Place GTA Vice City PC files inside /switch/reVC/ (not included with the downloads, buy it and get it legally!).
Copy the contents of the reVC-oal-switch folder into the /switch/reVC folder (do this after copying the PC files, important!).
Click to expand...

The various readmes also detail what is needed to get mods working with things, and other things done or options you might like to try so do read those if that sort of thing interests you.