Just recently, I got a Xbox Series S for devoted emulation and was able to put in Retroarch and got PS2 games running well! I planned on working on gamecube games too, by watching the Youtube channel Archades Games to help me with it and also add in hd texture packs and possible 60 fps to a selection of games too! I was to able to get Super Mario Sunburn to work on their with the added changes that I learned from the videos and it worked beautifully! I tried to somehow add Gamecube controller support to use the digital triggers, or at least change my xbox controls to get them to work. However, not only couldn't I find a way to fix the controls, but somehow the game crashes every time I tried to run it now (I remember hitting 'update controls' on the updater submenu to try to work it, tried to find a means to change the controls on the main menu, and then tried to boot up the game menu to look at the controls but it crashed). I honestly don't know how it happened, but if anyone can help me I much appreciate and will tell as much detail as I could.
Show less 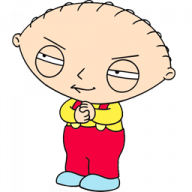 Go on YouTube and look for a channel called Archades Games. He has done some really good tutorials on setting everything up
Reactions: coleas
T

Yiffna said:
Go on YouTube and look for a channel called Archades Games. He has done some really good tutorials on setting everything up
Click to expand...

Funny enough, I watched his videos to set up the hd textures and other tweaks in the first place. So, I’ll probably have to delete the stuff I used and start over again and hopefully it will work again. 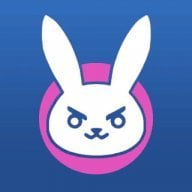 I was looking for a way to get Gamecube controllers to work on my series X with no luck. I have the official gamecube adapter, but it doesn't work at all, unless I'm missing something.
T

rufuszombot said:
I was looking for a way to get Gamecube controllers to work on my series X with no luck. I have the official gamecube adapter, but it doesn't work at all, unless I'm missing something.
Click to expand...

I was doing that too, and I even plugged in my adapter directly unto my Series S but it never read it. I think I remember reading on some sites that it’s not possible to be able to do that with the Series S.
S

I followed the tutorial from Archades Games on youtube on how to setup retroarch in dev mode on the xbox series x. It works but right now games 2gb (even 1.6gb to 1.8gb) or higher are not working. He replied to a comment saying that xbox is bugged right now. I was able to transfer games over 2gb to the internal storage on the series x, but these games don't play.

Any fixes or workarounds?

Worth Getting Series S?