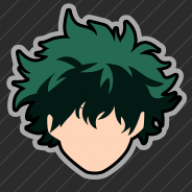 Kcacc said:
Is there any way to re-enable the debug log on the bottom screen? I like the new features, but to be honest I'd rather have diagnostic and technical information like resolution changes, framerate on the bottom screen, and error messages for when I test unrefined cores (some of which work rather well actually!).
Click to expand...

I checked and that file is already there.

I tried to update my old installation, and I admit that I skipped the files in the assets folder that were named after different consoles. (Sort of, I stopped at the Sony ones in the "automatic" folder, but I'm trying to use GBA and I know I already got the Nintendo ones done) This was only because I'm stuck trying to use my iPhone and ftp program to transfer the files and don't have access to a physical MicroSD card reader right now.

Any idea why that error message is coming up? The console .png images are the only missing files, and even then they're only missing for consoles I don't plan on emulating on a N3DS, such as the PS3 or XBox.

EDIT: Figured it out. For anybody updating from a previous installation, make sure you go into Settings and change the directory from "media" to "assets"

Now I get "Tap the Touch Screen to go to the Retroarch menu". I was under the impression that the new setup was more elaborate than that, with touch-screen controls for save/load state. Am I still missing something?

EDIT II: Okay, I'm an idiot. I assumed that message meant to tap the screen to pull up the old menu like normal. I touched the screen and got the menu I wanted. This is working pretty well now. Still plan on finishing the file installation when I have the physical reader later on, just in case.

Loading RetroArch is kind of hit-and-miss, though. I don't know if it's just abnormally slow to load from the 3DS menu sometimes or what, but I've about a 50/50 success rate, and have to restart the system on the times it fails. This is from using the primary base core, mind you. Not starting the GPSP core directly.
Click to expand...

This sounds like a hot mess. You shouldn't have any of the problems listed here with a fresh installation. I suggest starting over. By the way that you only keep the info files for the cores you actually install. That used to be a cause of slow loading. Not sure if it's been fixed, as I just don't copy those files when installing.

What do you guys think is the best NES core? Out of all the platforms, this is the one I have no clue about. I only main Fceumm because two years ago, I wanted to play a Indivisible homebrew rom and it crashed on QuickNES and NEStopia. But nowadays, it boots on all of them.
K

I already tried this. It only removes the new features, doesn't bring back the old ones.


UltraSyko said:
What do you guys think is the best NES core? Out of all the platforms, this is the one I have no clue about. I only main Fceumm because two years ago, I wanted to play a Indivisible homebrew rom and it crashed on QuickNES and NEStopia. But nowadays, it boots on all of them.
Click to expand...

FCEUmm. I like the options and it's never failed me on compatibility.

UltraSyko said:
What do you guys think is the best NES core? Out of all the platforms, this is the one I have no clue about. I only main Fceumm because two years ago, I wanted to play a Indivisible homebrew rom and it crashed on QuickNES and NEStopia. But nowadays, it boots on all of them.
Click to expand...

To me, NEStopia and FCEUMM are the best. NEStopia is the more accurate AFAIK but FCEUMM never failed on the rom I have tested. Test by yourself.

Alright, then I'm convinced I made the right choice.
D

I can't get retroarch to update to the latest version, I downloaded and installed the new .cia and it just defaults the 1.8.6 version 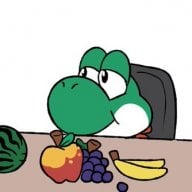 Finally, a good lookin user interface. Although this changes bring new bug with disappearing save states.

@tmp64 Those issues should be fixed in the nightlies. Unfortunately the fix came after 1.9.9 was released.

Is it just me or is rewind functionality broken in GPSP on 1.9.10? Last time I checked it was working well on pre 1.9.9 build. In Gambatte it is still ok though

[Update] RetroArch servers and repositories have been hacked