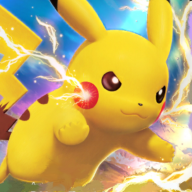 I was running Atmosphere 0.18.1 along with Hekate 5.5.4 on FW10.2 for months until I started getting random crashes. I “updated” Atmosphere and Hekate (replacing Atmosphere, Switch, Bootloader folders) and downloaded latest sigpatches. This seemed to work. Till a few days ago. I got the crashes again so I decided to start “fresh”.

I backed up sysNAND, and emuNAND using NxNandManager. And copied the folders Nintendo and emuMMC to my hard drive. I deleted all partitions and formatted the SD, repartitioned with 30gb emuNAND partition, and setup emuNAND using Hekate. Then, with switch now able to boot to a vanilla menu (incl 4 downloaded games I had originally received with my switch), I copied my backed up Nintendo and emuMMC folders back to the SD root, and restored only the USER partition of my emuNAND backup to the SD.

I imagined this would work.. but didn’t. Reboot seemed to take a bit longer, then the menu contained no more than the 4 original games (and none of my extra users where there either). The SD’s emuMMC folder, instead of 400+Gb, was 1.2Gb. I did this twice with the same result. The second time I “fixed” the emuNAND in Hekate. When I tried restoring the full emuNAND dump switch hung immediately, without getting the the Nintendo logo.

Please help… I don’t mind having to install all NSP’s again, but I’d really like to get back my users and saves..

Thanks for all this forums help. It’s been invaluable so far!

If it's not possible to restore the saved games portion on my old emuNAND, does anyone at least know if it's possible to extract saved games/user data from the emuNAND backup on my PC? 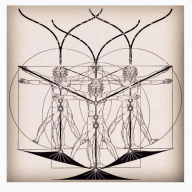 This is exactly what happened to me did you ever figure this out? Or just move on?

Also maybe it happened because of installed theme?

Nintendo Switch Thursday at 1:38 AM
Lutfi
L
J
Hardware How can i migrate from emunand to sysnand?

D
Updated CFW emuMMC from 12.0 to 12.1 via daybreak now I can't boot into emuMMC

@ kenenthk: Asexual people always get discriminated so it's hard for me to come to terms A moment ago
Chat 4