Resident Evil Village is without a doubt the game I’ve been most anticipating this year. It may be an unpopular opinion, but I’m a big fan of the direction that Resident Evil 7: Biohazard took the franchise, and I’ve been invested in Ethan’s story since I reviewed the game in 2017. Luckily, while I not-so-patiently await the eighth game in one of my favorite franchises, I was able to jump into the limited time demo that Capcom’s made available on every platform that the game is going to be released on. Timed at 60 minutes to see as much of two of the game’s major areas as you can, let’s take a look at what the Resident Evil Village demo has to offer!

Since the demo lets you spend as much time in each of the game’s sections as you want, I wanted to try and see a little bit of everything. Because of this, I spent 30 minutes in the village portion, and 30 minutes in the castle portion. While this means I wasn’t able to fully explore and turn over every stone for either level, I feel that this gave me the best idea of what the final game will offer, and I don’t regret this choice in the slightest. That said, upon finishing my hour in Village, I immediately decided that 60 minutes is not nearly enough time. In a way, that’s a good thing; the idea of a demo is to drive sales to the final game and give players a taste of what to expect. In that aspect, the Village demo succeeds tremendously, as my biggest complaint is that I just wanted to play more. But, with that in mind, it still felt like 60 minutes wasn’t nearly enough to explore two sections of the game. This isn’t the first time Capcom’s given a limited access demo; they also offered the same with the recent remake of Resident Evil 2, but that demo felt much less limited as it wasn’t split between two separate parts of the game. I think what they did for the PlayStation early release demos would’ve been much better, giving an hour of access to each level, rather than combined. 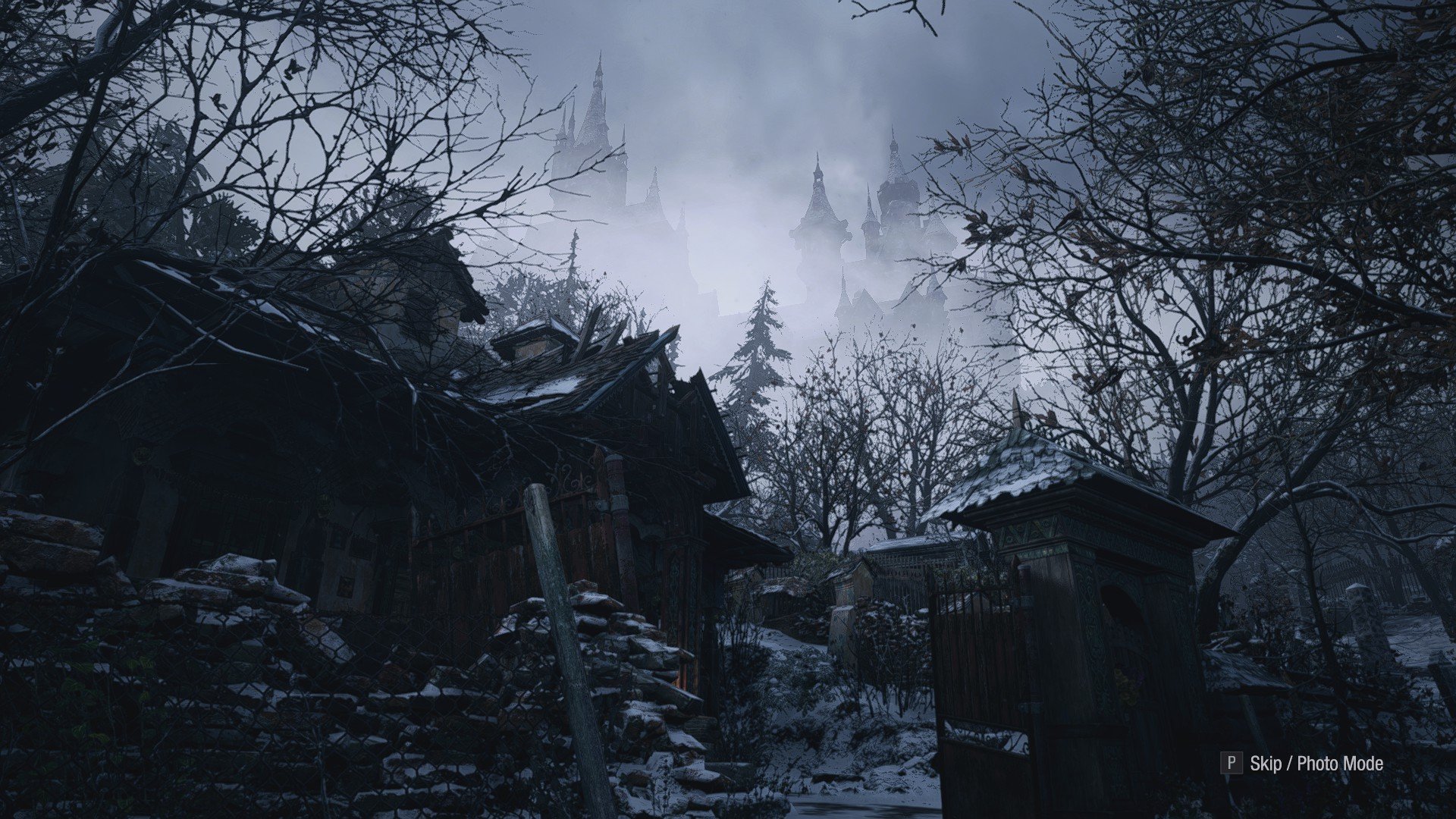 ​
I decided to start in the village portion, which sees Ethan exploring the game’s titular setting in search of his daughter, Rose. Along the way, you’re tasked with finding a way to get into Castle Dimitrescu, as well as getting some of the village locals to safety. I spent the majority of my half hour in the village exploring the area, getting used to the game’s gear sorting and crafting system, and getting my feel for the game’s controls on PC. First impressions here were that the game looks gorgeous, and is a noticeable upgrade in terms of visuals from Resident Evil 7, while still looking familiar and driving home the point, visually, that this is a continuation of Ethan’s story. The other thing I noticed is that the ramshackle, remote village swarmed with monstrous creatures was giving me serious flashbacks to another Resident Evil game: the fan favorite Resident Evil 4. This was present in the castle portion to a lesser extent, but the village felt incredibly reminiscent of Resident Evil 4, which isn’t necessarily a bad thing. How far this inspiration stretches into the main game remains to be seen, though based on pre-release information I’m guessing the answer will be “heavily.”

Gameplay wise, I found that Village was a lot more “action-y” than previous entries in the franchise, even more so than Resident Evil 7. The new enemies, lycans, move much faster and attack with much more ferocity than the molded enemies from the previous game. In a way this helped add to the feelings of dread and horror in the gameplay, dealing with an onslaught of active enemies with the limited firepower Resident Evil is known for. And fittingly enough, this is another comparison to Resident Evil 4, which also changed up the core gameplay of the franchise. At the same time, though, it was definitely annoying trying to search through village buildings for puzzle pieces and other resources with a mob of lycans hot on my trail. Eventually I just kept spamming block and knife on each lycan until I killed them just so I could progress in the demo. It’s not the worst combat out there, and in fact I can see how this could lead to some horrifying situations in the game as you’re forced to try and progress through constant attacks by tenacious enemies. It just has a bit of a learning curve to it and feels more like an FPS game than Resident Evil. I think that 7 balanced the perspective and gameplay changes very well without getting away from the heart of the franchise, and I definitely hope that this continues in Village.

​
Moving onto the castle portion, this truly felt a lot more like a traditional Resident Evil game, from the puzzles down to the level’s aesthetic. There were bits where one of the new antagonists, Bela, stalks you through portions of the castle and these felt very inspired by Mr. X and Nemesis, being an unyielding enemy that can only be suppressed temporarily but never actually taken down. The only thing I really felt missing here was the trademark zombies, which the games have been moving away from for some time. It is, like the village, quite reminiscent of Resident Evil 4, but I felt it less so here. That gives me hope that the entire game won’t just feel like a remake, but rather its own entry and spin on the franchise. This also felt a bit more linear than the village, in my mind, as if there was less to explore. I actually ended up completing the castle’s demo in about 15 minutes almost entirely on accident, just by exploring and going room to room. After being forced to watch the Village cinematic trailer, which frustratingly ate into my remaining time, I went back to keep exploring. There were portions in the castle that were also included in the game’s PlayStation exclusive “Maiden” demo, so those hoping for all new content to see in the castle may be disappointed. That said there was also content in the Maiden demo that wasn’t available here, so it’s not necessarily a one-to-one copy. 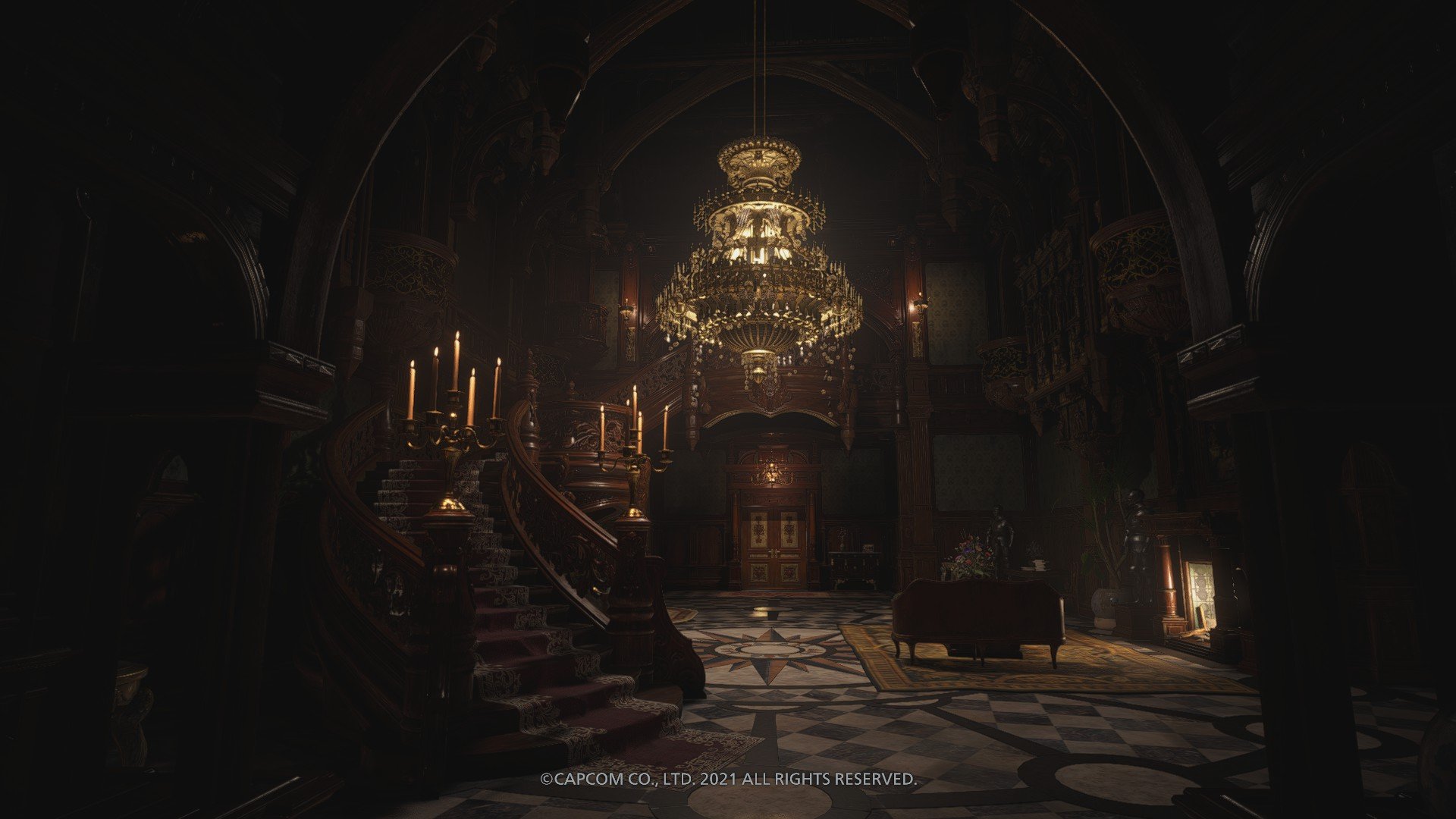 ​
There’s admittedly a few features I didn’t get a ton of time to play with, in favor of trying to make the most of my 60 minute time limit. The biggest one being the photo mode that lets you take more than mere screenshots. From what I did play with, it appeared that most of the photo mode options were a tad on the basic side, and I struggled a bit getting the photos to come out clear depending on when I pause the game. I’m hoping that this comes from a place of just not having the time to dive deep into the mode, as I’m a big fan of this type of feature, so I definitely want it to be good.

​
In all, the demo did exactly what it was meant to do; give fans a taste of what’s to come, and drum up hype for the full game. With my biggest complaint being that I just didn’t get enough time to experience more in the demo, I think it’s a great sign for the full game that I’m just left wanting more. And being that the release date is just at the end of this week, I’m grateful that Capcom didn’t tease us with such a limited demo too far from the full release. If I wasn’t already pumped for Village, I think this demo would’ve gotten me to that point. So for anyone interested in testing the latest Resident Evil title before committing to a purchase, I absolutely recommend going through your 60 minutes in Village while you have the chance.
Reactions: MeAndHax, smallissue, KiiWii and 6 others
Click to expand...
D


subcon959 said:
It's a shame they seemed to have forgotten that what made the originals great was the heavy influence from Alone In The Dark. I'm sure it will be an enjoyable game but it just doesn't feel like Resident Evil anymore.
Click to expand...

Yeah this is correct, I'll take it over 5 or 6 though for sure which I thought were both poor games.

I wonder what Mikami the original creator who went on to do the Evil Withins thinks of the new first person Resident Evil.
D

I got a long ways to go, but I'm feeling a little bit disappointed right now. I can tell they're trying to make it like 4 and they said 4 has some influence which 4 was good but as years pass I realize it's not one of the better games in the series it's the one that introduced feeling more like an action game. it seems you can't even use stealth against the enemies but I could be wrong about that. I was hiding in tall weeds and the enemies still found me though.
Last edited by , May 8, 2021

tempBOT: @ mthrnite slaps @The Real Jdbye around a bit with a large custom command 5 minutes ago
Chat 2