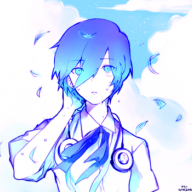 I'm sorry if this is asked often, but I'm struggling to find an answer to my question with searches.

SPICA is what I was using to decompress those files originally (as per what I understand to be the typical process), but SPICA doesn't seem to have any way to go the opposite direction or else I'm missing something/the program is broken. I've also looked at a couple versions of Ohana3DS just to make sure it wasn't just SPICA and I don't see any options to re-compress models/textures back into those 3DS file types there either. I believe I understand every step after this one just fine, it's just this bit I'm apparently missing. So, how is this normally done?

And, I guess while I'm here asking questions, does anyone know if a romfs patch via luma patches using the .147/.164 files or using the .bin that would contain them? Knowing that might save me some time trying to sort out how far back up the compression tree I need to go to see my changes in-game.

Thanks for any help in advance!

To anyone in the future who might dredge this topic up. I did figure it out eventually. In Ohana3DS, I needed to load up the .147/.164 files I was trying to edit, then use the import button on the respective tab to manually replace each file I wanted to change with the .obj/.png files I had edited. Important to note: the 3D models needed to be saved out in individual pieces for the body parts, rather than as a combined model for it to import correctly. The reason I'd been confused is that apparently whoever made SPICA never actually bothered to make the import button actually do anything...

Anyway, once I was able to use Ohana3DS to replace the models/textures, I could repackage the garc and it all worked fine. Glad to have finally sorted it out.
Last edited by pichuscute0, Nov 24, 2020

ROM Hack Having issues with textures in SPICA and Ohana3DS

L
ROM Hack UVs from exported pokemon model is incorrect in blender, but correct in Ohana3DS

@ KennieDaMeanie: I couldn't really get into moon it's too different for my likes 17 minutes ago
Chat 1